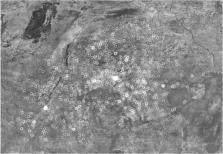 Abdisalan Noor,  Juliette Mutheu,  Andrew Tatem … (2009)
Insecticide-treated bednets (ITNs) provide a means to improve child survival across Africa. Sales figures of these nets and survey coverage data presented nationally mask inequities in populations at biological and economic risk, and do not allow for precision in the estimation of unmet commodity needs. We gathered subnational ITN coverage sample survey data from 40 malaria-endemic countries in Africa between 2000 and 2007. We computed the projected ITN coverage among children aged less than 5 years for age-adjusted population data that were stratified according to malaria transmission risks, proximate determinants of poverty, and methods of ITN delivery. In 2000, only 1.7 million (1.8%) African children living in stable malaria-endemic conditions were protected by an ITN and the number increased to 20.3 million (18.5%) by 2007 leaving 89.6 million children unprotected. Of these, 30 million were living in some of the poorest areas of Africa: 54% were living in only seven countries and 25% in Nigeria alone. Overall, 33 (83%) countries were estimated to have ITN coverage of less than 40% in 2007. On average, we noted a greater increase in ITN coverage in areas where free distribution had operated between survey periods. By mapping the distribution of populations in relation to malaria risk and intervention coverage, we provide a means to track the future requirements for scaling up essential disease-prevention strategies. The present coverage of ITN in Africa remains inadequate and a focused effort to improve distribution in selected areas would have a substantial effect on the continent's malaria burden.