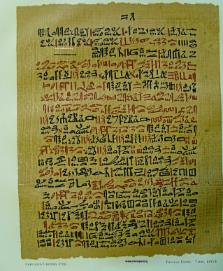 Christos Yapijakis (2021)
Hippocrates of Kos (460-377 Before Common Era, BCE) is universally recognized as the father of modern medicine, which is based on observation of clinical signs and rational conclusions, and does not rely on religious or magical beliefs. Hippocratic medicine was influenced by the Pythagorean theory that Nature was made of four elements (water, earth, wind and fire), and therefore, in an analogous way, the body consisted of four fluids or 'humors' (black bile, yellow bile, phlegm and blood). The physician had to reinstate the healthy balance of these humors by facilitating the healing work of 'benevolent Nature'. The Hippocratic Oath contains the Pythagorean duties of justice, secrecy, respect for teachers and solidarity with peers. The clinical and ethical basics of medical practice as well as most clinical terms used even today have their origins in Hippocrates. His contribution in clinical medicine is immense. Asclepiades of Bithynia (124-40 BCE) was the first physician who established Greek medicine in Rome. Influenced by the Epicurean philosophy, he adhered to atomic theory, chance and evolution, and did not accept the theory of a 'benevolent Nature'. He suggested that the human body is composed of molecules and void spaces, and that diseases are caused by alteration of form or position of a patient's molecules. Asclepiades favored naturalistic therapeutic methods such as a healthy diet, massage and physical exercise. Above all, he introduced the friendly, sympathetic, pleasing and painless treatment of patients into medical practice, influenced by the teachings of Epicurus on pleasure and friendship. He was the first who made the highly important division of diseases into acute and chronic ones and to perform an elective non-emergency tracheotomy. As the founder of the Methodic School, Asclepiades was the first known physician who spoke about what is known today as molecular medicine.

Professor in Obstetrics and Gynaecology, University of Alexandria, and Director of the Suzanne Mubarak Regional Center for Women’s Health and Development, Alexandria, Egypt.