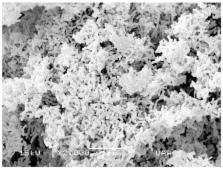 Waterborne pathogens and related diseases are a major public health concern worldwide, not only by the morbidity and mortality that they cause, but by the high cost that represents their prevention and treatment. These diseases are directly related to environmental deterioration and pollution. Despite the continued efforts to maintain water safety, waterborne outbreaks are still reported globally. Proper assessment of pathogens on water and water quality monitoring are key factors for decision-making regarding water distribution systems’ infrastructure, the choice of best water treatment and prevention waterborne outbreaks. Powerful, sensitive and reproducible diagnostic tools are developed to monitor pathogen contamination in water and be able to detect not only cultivable pathogens but also to detect the occurrence of viable but non-culturable microorganisms as well as the presence of pathogens on biofilms. Quantitative microbial risk assessment (QMRA) is a helpful tool to evaluate the scenarios for pathogen contamination that involve surveillance, detection methods, analysis and decision-making. This review aims to present a research outlook on waterborne outbreaks that have occurred in recent years. This review also focuses in the main molecular techniques for detection of waterborne pathogens and the use of QMRA approach to protect public health.

An overview of foodborne pathogen detection: in the perspective of biosensors.

Vijayalakshmi Velusamy,  Khalil Arshak,  Olga Korostynska … (2010)
Food safety is a global health goal and the foodborne diseases take a major crisis on health. Therefore, detection of microbial pathogens in food is the solution to the prevention and recognition of problems related to health and safety. For this reason, a comprehensive literature survey has been carried out aiming to give an overview in the field of foodborne pathogen detection. Conventional and standard bacterial detection methods such as culture and colony counting methods, immunology-based methods and polymerase chain reaction based methods, may take up to several hours or even a few days to yield an answer. Obviously this is inadequate, and recently many researchers are focusing towards the progress of rapid methods. Although new technologies like biosensors show potential approaches, further research and development is essential before biosensors become a real and reliable choice. New bio-molecular techniques for food pathogen detection are being developed to improve the biosensor characteristics such as sensitivity and selectivity, also which is rapid, reliable, effective and suitable for in situ analysis. This paper not only offers an overview in the area of microbial pathogen detection but it also describes the conventional methods, analytical techniques and recent developments in food pathogen detection, identification and quantification, with an emphasis on biosensors. Copyright 2009 Elsevier Inc. All rights reserved.