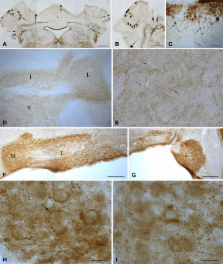 The cerebellum plays a key role in the acquisition and execution of motor tasks whose physiological foundations were postulated on Purkinje cells' long-term depression (LTD). Numerous research efforts have been focused on understanding the cerebellum as a site of learning and/or memory storage. However, the controversy on which part of the cerebellum participates in motor learning, and how the process takes place, remains unsolved. In fact, it has been suggested that cerebellar cortex, deep cerebellar nuclei, and/or their combination with some brain structures other than the cerebellum are responsible for motor learning. Different experimental approaches have been used to tackle this question (cerebellar lesions, pharmacological agonist and/or antagonist of cerebellar neurotransmitters, virus tract tracings, etc.). One of these approaches is the study of spontaneous mutations affecting the cerebellar cortex and depriving it of its main input–output organizer (i.e., the Purkinje cell). In this review, we discuss the results obtained in our laboratory in motor learning of both Lurcher (Lc/+) and tambaleante ( tbl/tbl) mice as models of Purkinje-cell-devoid cerebellum.

A theory of cerebellar cortex.

D. W. M. Marr (1969)
1. A detailed theory of cerebellar cortex is proposed whose consequence is that the cerebellum learns to perform motor skills. Two forms of input-output relation are described, both consistent with the cortical theory. One is suitable for learning movements (actions), and the other for learning to maintain posture and balance (maintenance reflexes).2. It is known that the cells of the inferior olive and the cerebellar Purkinje cells have a special one-to-one relationship induced by the climbing fibre input. For learning actions, it is assumed that:(a) each olivary cell responds to a cerebral instruction for an elemental movement. Any action has a defining representation in terms of elemental movements, and this representation has a neural expression as a sequence of firing patterns in the inferior olive; and(b) in the correct state of the nervous system, a Purkinje cell can initiate the elemental movement to which its corresponding olivary cell responds.3. Whenever an olivary cell fires, it sends an impulse (via the climbing fibre input) to its corresponding Purkinje cell. This Purkinje cell is also exposed (via the mossy fibre input) to information about the context in which its olivary cell fired; and it is shown how, during rehearsal of an action, each Purkinje cell can learn to recognize such contexts. Later, when the action has been learnt, occurrence of the context alone is enough to fire the Purkinje cell, which then causes the next elemental movement. The action thus progresses as it did during rehearsal.4. It is shown that an interpretation of cerebellar cortex as a structure which allows each Purkinje cell to learn a number of contexts is consistent both with the distributions of the various types of cell, and with their known excitatory or inhibitory natures. It is demonstrated that the mossy fibre-granule cell arrangement provides the required pattern discrimination capability.5. The following predictions are made.(a) The synapses from parallel fibres to Purkinje cells are facilitated by the conjunction of presynaptic and climbing fibre (or post-synaptic) activity.(b) No other cerebellar synapses are modifiable.(c) Golgi cells are driven by the greater of the inputs from their upper and lower dendritic fields.6. For learning maintenance reflexes, 2(a) and 2(b) are replaced by2'. Each olivary cell is stimulated by one or more receptors, all of whose activities are usually reduced by the results of stimulating the corresponding Purkinje cell.7. It is shown that if (2') is satisfied, the circuit receptor --> olivary cell --> Purkinje cell --> effector may be regarded as a stabilizing reflex circuit which is activated by learned mossy fibre inputs. This type of reflex has been called a learned conditional reflex, and it is shown how such reflexes can solve problems of maintaining posture and balance.8. 5(a), and either (2) or (2') are essential to the theory: 5(b) and 5(c) are not absolutely essential, and parts of the theory could survive the disproof of either.

Kimberly M. Christian,  Richard Thompson (2015)
Classical conditioning of the eyeblink reflex to a neutral stimulus that predicts an aversive stimulus is a basic form of associative learning. Acquisition and retention of this learned response require the cerebellum and associated sensory and motor pathways and engage several other brain regions including the hippocampus, neocortex, neostriatum, septum, and amygdala. The cerebellum and its associated circuitry form the essential neural system for delay eyeblink conditioning. Trace eyeblink conditioning, a learning paradigm in which the conditioned and unconditioned stimuli are noncontiguous, requires both the cerebellum and the hippocampus and exhibits striking parallels to declarative memory formation in humans. Identification of the neural structures critical to the development and maintenance of the conditioned eyeblink response is an essential precursor to the investigation of the mechanisms responsible for the formation of these associative memories. In this review, we describe the evidence used to identify the neural substrates of classical eyeblink conditioning and potential mechanisms of memory formation in critical regions of the hippocampus and cerebellum. Addressing a central goal of behavioral neuroscience, exploitation of this simple yet robust model of learning and memory has yielded one of the most comprehensive descriptions to date of the physical basis of a learned behavior in mammals.

Bogdan Milojkovic,  T Ruigrok,  Wietse de Boer … (2005)
Absence of functional FMRP causes Fragile X syndrome. Abnormalities in synaptic processes in the cerebral cortex and hippocampus contribute to cognitive deficits in Fragile X patients. So far, the potential roles of cerebellar deficits have not been investigated. Here, we demonstrate that both global and Purkinje cell-specific knockouts of Fmr1 show deficits in classical delay eye-blink conditioning in that the percentage of conditioned responses as well as their peak amplitude and peak velocity are reduced. Purkinje cells of these mice show elongated spines and enhanced LTD induction at the parallel fiber synapses that innervate these spines. Moreover, Fragile X patients display the same cerebellar deficits in eye-blink conditioning as the mutant mice. These data indicate that a lack of FMRP leads to cerebellar deficits at both the cellular and behavioral levels and raise the possibility that cerebellar dysfunctions can contribute to motor learning deficits in Fragile X patients.