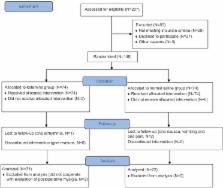 Despite the many complications of succinylcholine, it is still widely used as a superior muscle relaxant for rapid sequence induction. One of these complications is postoperative myalgia (POM). The aim of this study was to investigate the prophylactic effect of low-dose ketamine on the incidence and severity of POM.

In this double-blind clinical study, a total of 148 patients scheduled for general anesthesia were randomly divided into two equal groups. Initially, in Group K, 0.5 mg/kg of ketamine was injected intravenously, whereas in Group N, the same volume (5 mL) of normal saline was injected. Thereafter, anesthesia was induced in all patients, by injecting 1.5 mg/kg of fentanyl and 2 mg/kg of propofol intravenously. Following the loss of eyelid reflex, 1.5 mg/kg of succinylcholine was injected intravenously as a muscle relaxant and then the patients were intubated. POM was defined as a pain with no surgical interferences, and its intensity was graded based on a four-point scale. The incidence and severity of myalgia were assessed by a blinded observer 24 hours after surgery.

In terms of demographic data, the results of this study showed that there is no significant difference between patients in both groups ( P>0.05). Overall, the incidence of POM in Group K was significantly less, when compared with Group N ( P<0.05), but both groups were comparable based on the grade 2 of POM. After the induction of anesthesia, the systolic and diastolic blood pressure values were found to reduce in both groups ( P<0.05). However, the changes were somehow similar, and repeated measures of variance analysis showed no significant difference in the two study groups ( P>0.05).

The addition of 0.5 mg/kg of ketamine to propofol for the induction of anesthesia can be effective in reducing the incidence of low-grade POM.

The role of N-methyl-D-aspartate (NMDA) receptors in pain: a review.

Andrey Petrenko,  Hiroshi Baba,  Tomohiro Yamakura … (2003)
There is accumulating evidence to implicate the importance of N-methyl-D-aspartate (NMDA) receptors to the induction and maintenance of central sensitization during pain states. However, NMDA receptors may also mediate peripheral sensitization and visceral pain. NMDA receptors are composed of NR1, NR2 (A, B, C, and D), and NR3 (A and B) subunits, which determine the functional properties of native NMDA receptors. Among NMDA receptor subtypes, the NR2B subunit-containing receptors appear particularly important for nociception, thus leading to the possibility that NR2B-selective antagonists may be useful in the treatment of chronic pain.

Nadia Elia,  Martin Tramèr (2004)
Ketamine, an N-methyl-D-aspartate receptor antagonist, is known to be analgesic and to induce psychomimetic effects. Benefits and risks of ketamine for the control of postoperative pain are not well understood. We systematically searched for randomised comparisons of ketamine with inactive controls in surgical patients, reporting on pain outcomes, opioid sparing, and adverse effects. Data were combined using a fixed effect model. Fifty-three trials (2839 patients) from 25 countries reported on a large variety of different ketamine regimens and surgical settings. Sixteen studies tested prophylactic intravenous ketamine (median dose 0.4 mg/kg, range (0.1-1.6)) in 850 adults. Weighted mean difference (WMD) for postoperative pain intensity (0-10 cm visual analogue scale) was -0.89 cm at 6 h, -0.42 at 12 h, -0.35 at 24 h and -0.27 at 48 h. Cumulative morphine consumption at 24 h was significantly decreased with ketamine (WMD -15.7 mg). There was no difference in morphine-related adverse effects. The other 37 trials tested in adults or children, prophylactic or therapeutic ketamine orally, intramuscularly, subcutaneously, intra-articulary, caudally, epidurally, transdermally, peripherally or added to a PCA device; meta-analyses were deemed inappropriate. The highest risk of hallucinations was in awake or sedated patients receiving ketamine without benzodiazepine; compared with controls, the odds ratio (OR) was 2.32 (95%CI, 1.09-4.92), number-needed-to-harm (NNH) 21. In patients undergoing general anaesthesia, the incidence of hallucinations was low and independent of benzodiazepine premedication; OR 1.49 (95%CI 0.18-12.6), NNH 286. Despite many published randomised trials, the role of ketamine, as a component of perioperative analgesia, remains unclear.

M Carstensen,  Heiko Möller (2010)
In experimental trials, ketamine has been shown to reduce hyperalgesia, prevent opioid tolerance, and lower morphine consumption. Clinical trials have found contradictory results. We performed a review of randomized, double-blinded clinical trials of ketamine added to opioid in i.v. patient-controlled analgesia (PCA) for postoperative pain in order to clarify this controversy. Our primary aim was to compare the effectiveness and safety of postoperative administered ketamine in addition to opioid for i.v. PCA compared with i.v. PCA with opioid alone. Studies were identified from the Cochrane Library 2003, MEDLINE (1966-2009), and EMBASE (1980-2009) and by hand-searching reference lists from review articles and trials. Eleven studies were identified with a total of 887 patients. Quality and validity assessment was performed on all trials included using the Oxford Quality Scale with an average quality score of 4.5. Pain was assessed using visual analogue scales or verbal rating scales. Six studies showed significant improved postoperative analgesia with the addition of ketamine to opioids. Five studies showed no significant clinical improvement. For thoracic surgery, the addition of ketamine to opioid for i.v. PCA was superior to i.v. PCA opioid alone. The combination allows a significant reduction in pain score, cumulative morphine consumption, and postoperative desaturation. The benefit of adding ketamine to morphine in i.v. PCA for orthopaedic or abdominal surgery remains unclear. Owing to huge heterogeneity of studies and small sample sizes, larger double-blinded randomized studies showing greater degree of homogeneity are required to confirm these findings.