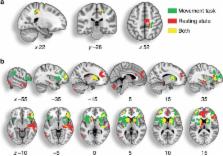 The control of voluntary movement changes markedly with age. A critical component of motor control is the integration of sensory information with predictions of the consequences of action, arising from internal models of movement. This leads to sensorimotor attenuation—a reduction in the perceived intensity of sensations from self-generated compared with external actions. Here we show that sensorimotor attenuation occurs in 98% of adults in a population-based cohort ( n=325; 18–88 years; the Cambridge Centre for Ageing and Neuroscience). Importantly, attenuation increases with age, in proportion to reduced sensory sensitivity. This effect is associated with differences in the structure and functional connectivity of the pre-supplementary motor area (pre-SMA), assessed with magnetic resonance imaging. The results suggest that ageing alters the balance between the sensorium and predictive models, mediated by the pre-SMA and its connectivity in frontostriatal circuits. This shift may contribute to the motor and cognitive changes observed with age. 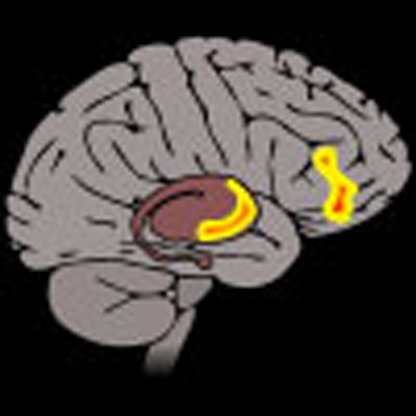 Decline in sensorimotor skills with age may be due to an overreliance on the prediction of the sensory consequences of one's actions. Here the authors show that sensorimotor attenuation increases with age, and that this is associated with structural and functional changes in frontostriatal circuits.

Noise in the nervous system.

A. Aldo Faisal,  Luc P J Selen,  Daniel Wolpert (2008)
Noise--random disturbances of signals--poses a fundamental problem for information processing and affects all aspects of nervous-system function. However, the nature, amount and impact of noise in the nervous system have only recently been addressed in a quantitative manner. Experimental and computational methods have shown that multiple noise sources contribute to cellular and behavioural trial-to-trial variability. We review the sources of noise in the nervous system, from the molecular to the behavioural level, and show how noise contributes to trial-to-trial variability. We highlight how noise affects neuronal networks and the principles the nervous system applies to counter detrimental effects of noise, and briefly discuss noise's potential benefits.

Daniel Wolpert,  Konrad P. Kording (2004)
When we learn a new motor skill, such as playing an approaching tennis ball, both our sensors and the task possess variability. Our sensors provide imperfect information about the ball's velocity, so we can only estimate it. Combining information from multiple modalities can reduce the error in this estimate. On a longer time scale, not all velocities are a priori equally probable, and over the course of a match there will be a probability distribution of velocities. According to bayesian theory, an optimal estimate results from combining information about the distribution of velocities-the prior-with evidence from sensory feedback. As uncertainty increases, when playing in fog or at dusk, the system should increasingly rely on prior knowledge. To use a bayesian strategy, the brain would need to represent the prior distribution and the level of uncertainty in the sensory feedback. Here we control the statistical variations of a new sensorimotor task and manipulate the uncertainty of the sensory feedback. We show that subjects internally represent both the statistical distribution of the task and their sensory uncertainty, combining them in a manner consistent with a performance-optimizing bayesian process. The central nervous system therefore employs probabilistic models during sensorimotor learning.

An improved framework for confound regression and filtering for control of motion artifact in the preprocessing of resting-state functional connectivity data.

Theodore D. Satterthwaite,  Mark A. Elliott,  Raphael Gerraty … (2013)
Several recent reports in large, independent samples have demonstrated the influence of motion artifact on resting-state functional connectivity MRI (rsfc-MRI). Standard rsfc-MRI preprocessing typically includes regression of confounding signals and band-pass filtering. However, substantial heterogeneity exists in how these techniques are implemented across studies, and no prior study has examined the effect of differing approaches for the control of motion-induced artifacts. To better understand how in-scanner head motion affects rsfc-MRI data, we describe the spatial, temporal, and spectral characteristics of motion artifacts in a sample of 348 adolescents. Analyses utilize a novel approach for describing head motion on a voxelwise basis. Next, we systematically evaluate the efficacy of a range of confound regression and filtering techniques for the control of motion-induced artifacts. Results reveal that the effectiveness of preprocessing procedures on the control of motion is heterogeneous, and that improved preprocessing provides a substantial benefit beyond typical procedures. These results demonstrate that the effect of motion on rsfc-MRI can be substantially attenuated through improved preprocessing procedures, but not completely removed. Copyright © 2012 Elsevier Inc. All rights reserved.