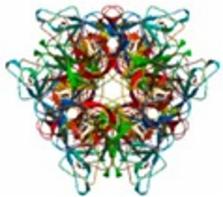 Lectins are non-immunoglobulin proteins that bind diverse sugar structures with a high degree of selectivity. Lectins play crucial role in various biological processes such as cellular signaling, scavenging of glycoproteins from the circulatory system, cell–cell interactions in the immune system, differentiation and protein targeting to cellular compartments, as well as in host defence mechanisms, inflammation, and cancer. Among all the sources of lectins, plants have been most extensively studied. However, more recently fungal lectins have attracted considerable attention due to their antitumor, antiproliferative and immunomodulatory activities. Given that only 10% of mushroom species are known and have been taxonomically classified, mushrooms represent an enormous unexplored source of potentially useful and novel lectins. In this review we provide an up-to-date summary on the biochemical, molecular and structural properties of mushroom lectins, as well as their versatile applications specifically focusing on mushroom lectin bioactivity.

Jenna L. Cash,  Cassie Behrendt,  Cecilia V. Whitham … (2006)
The mammalian intestine harbors complex societies of beneficial bacteria that are maintained in the lumen with minimal penetration of mucosal surfaces. Microbial colonization of germ-free mice triggers epithelial expression of RegIIIgamma, a secreted C-type lectin. RegIIIgamma binds intestinal bacteria but lacks the complement recruitment domains present in other microbe-binding mammalian C-type lectins. We show that RegIIIgamma and its human counterpart, HIP/PAP, are directly antimicrobial proteins that bind their bacterial targets via interactions with peptidoglycan carbohydrate. We propose that these proteins represent an evolutionarily primitive form of lectin-mediated innate immunity, and that they reveal intestinal strategies for maintaining symbiotic host-microbial relationships.

History of lectins: from hemagglutinins to biological recognition molecules.

Nathan Sharon,  Halina Lis (2004)
The occurrence in nature of erythrocyte-agglutinating proteins has been known since the turn of the 19th century. By the 1960s it became apparent that such proteins also agglutinate other types of cells, and that many of them are sugar-specific. These cell-agglutinating and sugar-specific proteins have been named lectins. Although shown to occur widely in plants and to some extent also in invertebrates, very few lectins had been isolated until the early 1970s, and they had attracted little attention. This attitude changed with the demonstration that lectins are extremely useful tools for the investigation of carbohydrates on cell surfaces, in particular of the changes that the latter undergo in malignancy, as well as for the isolation and characterization of glycoproteins. In subsequent years numerous lectins have been isolated from plants as well as from microorganisms and animals, and during the past two decades the structures of hundreds of them have been established. Concurrently, it was shown that lectins function as recognition molecules in cell-molecule and cell-cell interactions in a variety of biological systems. Here we present a brief account of 100-plus years of lectin research and show how these proteins have become the focus of intense interest for biologists and in particular for the glycobiologists among them.