The timing of perceptual events depends on an anatomically and functionally connected network comprising basal ganglia, cerebellum, pre-frontal cortex and supplementary motor area. Recent studies demonstrate the cerebellum to be involved in absolute, duration-based timing, but not in relative timing based on a regular beat. Conversely, functional involvement of the striatum is observed in relative timing, but its role in absolute timing is unclear.

This work tests the specific role of the basal ganglia in the perceptual timing of auditory events. It aims to distinguish the hypothesised unified model of time perception ( Teki, Grube, & Griffiths, 2012), in which the striatum is a mandatory component for all timing tasks, from a modular system in which they subserve relative timing, with absolute timing processed by the cerebellum.

All three patient groups exhibited impairments in performance in comparison with the control group for all tasks, and severity of impairment was significantly correlated with disease progression. No differences were demonstrated between MSA-C and MSA-P, and the most severe impairments were observed in those with HD.

The data support an obligatory role for the basal ganglia in all tested timing tasks, both absolute and relative, as predicted by the unified model. The results are not compatible with models of a brain timing network based upon independent modules. 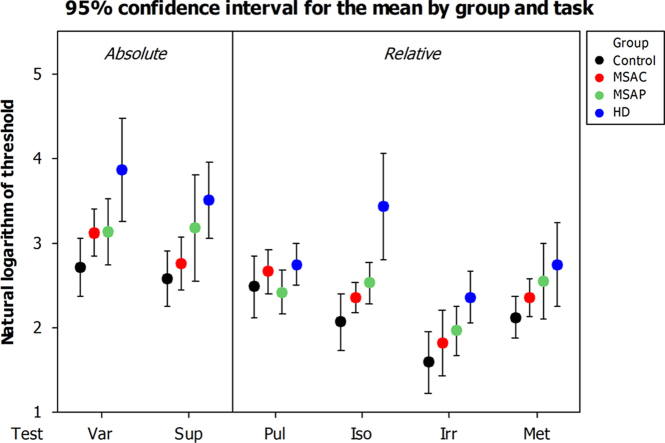 N Laird,  Matthew Ware (1982)
Models for the analysis of longitudinal data must recognize the relationship between serial observations on the same unit. Multivariate models with general covariance structure are often difficult to apply to highly unbalanced data, whereas two-stage random-effects models can be used easily. In two-stage models, the probability distributions for the response vectors of different individuals belong to a single family, but some random-effects parameters vary across individuals, with a distribution specified at the second stage. A general family of models is discussed, which includes both growth models and repeated-measures models as special cases. A unified approach to fitting these models, based on a combination of empirical Bayes and maximum likelihood estimation of model parameters and using the EM algorithm, is discussed. Two examples are taken from a current epidemiological study of the health effects of air pollution.