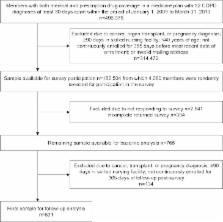 The Global initiative for chronic Obstructive Lung Disease guidelines recommend assessment of COPD severity, which includes symptomatology using the modified Medical Research Council (mMRC) or COPD assessment test (CAT) score in addition to the degree of airflow obstruction and exacerbation history. While there is great interest in incorporating symptomatology, little is known about how patient reported symptoms are associated with future exacerbations and exacerbation-related costs.

The patient-reported symptoms contribute important information related to future COPD exacerbations and exacerbation-related costs beyond that explained by exacerbation history.

The economic impact of exacerbations of chronic obstructive pulmonary disease and exacerbation definition: a review.

(2012)
Chronic obstructive pulmonary disease (COPD) is a group of progressive, debilitating respiratory conditions, including emphysema and chronic bronchitis, characterized by difficulty breathing, lung airflow limitations, cough, and other symptoms. COPD often is associated with a history of cigarette smoking and is the primary contributor to mortality caused by chronic lower respiratory diseases, which became the third leading cause of death in the United States in 2008. Despite this substantial disease burden, state-level data on the prevalence of COPD and associated health-care resource use in the United States have not been available for all states. To assess the state-level prevalence of COPD among adults, the impact of COPD on their quality of life, and the use of health-care resources by those with COPD, CDC analyzed data from the 2011 Behavioral Risk Factor Surveillance System (BRFSS). Among BRFSS respondents in all 50 states, the District of Columbia (DC), and Puerto Rico, 6.3% reported having been told by a physician or other health professional that they had COPD. In addition to the screening question asked of all respondents, 21 states, DC, and Puerto Rico elected to include an optional COPD module. Among persons who reported having COPD and completed the optional module, 76.0% reported that they had been given a diagnostic breathing test, 64.2% felt that shortness of breath impaired their quality of life, and 55.6% were taking at least one daily medication for their COPD. Approximately 43.2% of them reported visiting a physician for COPD-related symptoms in the previous 12 months, and 17.7% had either visited an emergency department or been admitted to a hospital for their COPD in the previous 12 months. Continued surveillance for COPD, particularly at state and local levels, is critical to 1) identify communities that likely will benefit most from awareness and outreach campaigns and 2) evaluate the effectiveness of public health efforts related to the prevention, treatment, and control of the disease.

Jadwiga Wedzicha,  S Burge (2003)
Chronic obstructive pulmonary disease (COPD) is defined independently of exacerbations, which are largely a feature of moderate-to-severe disease. This article is the result of a workshop that tried to define exacerbations of COPD for use in clinical, pharmacological and epidemiological studies. The conclusions represent the consensus of those present. This review describes definitions, ascertainment, severity assessments, duration and frequency, using varying sources of data including direct patient interview, healthcare databases and symptom diaries kept by patients in studies. The best general definition of a COPD exacerbation is the following: an exacerbation of COPD is a sustained worsening of the patient's condition, from the stable state and beyond normal day-to-day variations that is acute in onset and may warrant additional treatment in a patient with underlying COPD. A more specific definition for studies where a bacteriological cause of exacerbation is being studied is included, as well as simpler definitions for retrospective identification from database sources. Prospective diary card assessments are best recorded as changes from an agreed baseline, rather than absolute symptom severities. Diary cards identify many unreported exacerbations, which on average have similar severities to reported exacerbations. A scale for exacerbation severity is proposed that incorporates in- and outpatient assessments. Exacerbation duration, which also relates to severity, is defined from diary card reports. Healthcare utilisation is not an adequate substitute for severity, depending on many unrelated social and comorbidity factors. It is an outcome in its own right.