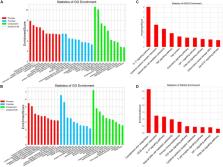 Post-stroke inflammation is almost involved in the whole process of stroke pathogenesis, which serves as a prime target for developing new stroke therapies. Despite known sex differences in the incidence and outcome of stroke, few preclinical or clinical studies take into account sex bias in treatment. Recent evidence suggests that poly (ADP-ribose) polymerase (PARP)-1 inhibitor exerts sex-specific neuroprotection in the ischemic stroke. This study was aimed to investigate the effects of delayed PARP-1 inhibition on post-stroke inflammation and possible sexual dimorphism, and explore the possible relevant mediators. In male and female C57BL/6 mice subjected to transit middle cerebral artery occlusion (MCAO), we found that delayed treatment of PARP-1 inhibitor at 48 h following reperfusion could comparably alleviate neuro-inflammation at 72 h after stroke. Whereas, more remarkable reduction of iNOS and MMP9 induced by PARP-1 inhibition were found in male MCAO mice, and the improvement of behavioral outcomes was more prominent in male MCAO mice. In addition, we further identified that PARP-1 inhibitor might equivalently suppress microglial activation in males and females in vivo and in vitro. With proteomic analysis and western blotting assay, it was found that stroke-induced peroxiredoxin-1 (Prx1) expression was significantly affected by PARP-1 inhibition. Interestingly, injection of recombinant Prx1 into the ischemic core could block the anti-inflammatory effects of PARP-1 inhibitor in the experimental stroke. These findings suggest that PARP-1 inhibitor has effects on regulating microglial activation and post-stroke inflammation in males and females, and holds promise as a novel therapeutic agent for stroke with extended therapeutic time window. Efforts need to be made to delineate the actions of PARP-1 inhibition in stroke, and here we propose that Prx1 might be a critical mediator.

Valérie Schreiber, Françoise Dantzer, Jean-Christophe Amé … (2006)
The addition to proteins of the negatively charged polymer of ADP-ribose (PAR), which is synthesized by PAR polymerases (PARPs) from NAD(+), is a unique post-translational modification. It regulates not only cell survival and cell-death programmes, but also an increasing number of other biological functions with which novel members of the PARP family have been associated. These functions include transcriptional regulation, telomere cohesion and mitotic spindle formation during cell division, intracellular trafficking and energy metabolism.

Bryan Gibson, Yajie Zhang, Hong Jiang … (2016)
Poly[adenosine diphosphate (ADP)-ribose] polymerases (PARPs) are a family of enzymes that modulate diverse biological processes through covalent transfer of ADP-ribose from the oxidized form of nicotinamide adenine dinucleotide (NAD(+)) onto substrate proteins. Here we report a robust NAD(+) analog-sensitive approach for PARPs, which allows PARP-specific ADP-ribosylation of substrates that is suitable for subsequent copper-catalyzed azide-alkyne cycloaddition reactions. Using this approach, we mapped hundreds of sites of ADP-ribosylation for PARPs 1, 2, and 3 across the proteome, as well as thousands of PARP-1-mediated ADP-ribosylation sites across the genome. We found that PARP-1 ADP-ribosylates and inhibits negative elongation factor (NELF), a protein complex that regulates promoter-proximal pausing by RNA polymerase II (Pol II). Depletion or inhibition of PARP-1 or mutation of the ADP-ribosylation sites on NELF-E promotes Pol II pausing, providing a clear functional link between PARP-1, ADP-ribosylation, and NELF. This analog-sensitive approach should be broadly applicable across the PARP family and has the potential to illuminate the ADP-ribosylated proteome and the molecular mechanisms used by individual PARPs to mediate their responses to cellular signals.

Peroxiredoxin family proteins are key initiators of post-ischemic inflammation in the brain.

Hiroaki Ooboshi, Kazumichi Kuroda, Takanari Kitazono … (2012)
Post-ischemic inflammation is an essential step in the progression of brain ischemia-reperfusion injury. However, the mechanism that activates infiltrating macrophages in the ischemic brain remains to be clarified. Here we demonstrate that peroxiredoxin (Prx) family proteins released extracellularly from necrotic brain cells induce expression of inflammatory cytokines including interleukin-23 in macrophages through activation of Toll-like receptor 2 (TLR2) and TLR4, thereby promoting neural cell death, even though intracellular Prxs have been shown to be neuroprotective. The extracellular release of Prxs in the ischemic core occurred 12 h after stroke onset, and neutralization of extracellular Prxs with antibodies suppressed inflammatory cytokine expression and infarct volume growth. In contrast, high mobility group box 1 (HMGB1), a well-known damage-associated molecular pattern molecule, was released before Prx and had a limited role in post-ischemic macrophage activation. We thus propose that extracellular Prxs are previously unknown danger signals in the ischemic brain and that its blocking agents are potent neuroprotective tools.

This article was submitted to Non-Neuronal Cells, a section of the journal Frontiers in Cellular Neuroscience