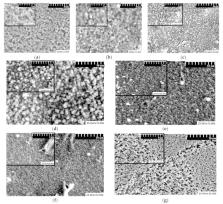 Stephen A. Shevlin,  David O Scanlon,  M Powell … (2013)
The most widely used oxide for photocatalytic applications owing to its low cost and high activity is TiO₂. The discovery of the photolysis of water on the surface of TiO₂ in 1972 launched four decades of intensive research into the underlying chemical and physical processes involved. Despite much collected evidence, a thoroughly convincing explanation of why mixed-phase samples of anatase and rutile outperform the individual polymorphs has remained elusive. One long-standing controversy is the energetic alignment of the band edges of the rutile and anatase polymorphs of TiO₂ (ref. ). We demonstrate, through a combination of state-of-the-art materials simulation techniques and X-ray photoemission experiments, that a type-II, staggered, band alignment of ~ 0.4 eV exists between anatase and rutile with anatase possessing the higher electron affinity, or work function. Our results help to explain the robust separation of photoexcited charge carriers between the two phases and highlight a route to improved photocatalysts.

R. Giovannetti,  C. A. D’ Amato,  M. Zannotti … (2015)
The use of Polypropylene as support material for nano-TiO2 photocatalyst in the photodegradation of Alizarin Red S in water solutions under the action of visible light was investigated. The optimization of TiO2 pastes preparation using two commercial TiO2, Aeroxide P-25 and Anatase, was performed and a green low-cost dip-coating procedure was developed. Scanning electron microscopy, Atomic Force Microscopy and X-Ray Diffraction analysis were used in order to obtain morphological and structural information of as-prepared TiO2 on support material. Equilibrium and kinetics aspects in the adsorption and successive photodegradation of Alizarin Red S, as reference dye, are described using polypropylene-TiO2 films in the Visible/TiO2/water reactor showing efficient dyes degradation.