Poor medication adherence in type 2 diabetes: recognizing the scope of the problem and its key contributors 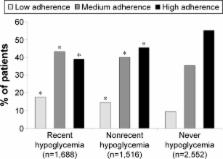 Psychological insulin resistance in patients with type 2 diabetes: the scope of the problem.

Effect of medication dosing frequency on adherence in chronic diseases.