Health for sale: the medicinal plant markets in Trujillo and Chiclayo, Northern Peru 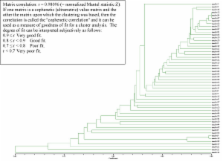 Traditional methods of healing have been beneficial in many countries with or without access to conventional allopathic medicine. In the United States, these traditional practices are increasingly being sought after for illnesses that cannot be easily treated by allopathic medicine. More and more people are becoming interested in the knowledge maintained by traditional healers and in the diversity of medicinal plants that flourish in areas like Northern Peru. While scientific studies of medicinal plants are underway, concern has arisen over the preservation of both the large diversity of medicinal plants and the traditional knowledge of healing methods that accompanies them. To promote further conservation work, this study attempted to document the sources of the most popular and rarest medicinal plants sold in the markets of Trujillo (Mayorista and Hermelinda) and Chiclayo (Modelo and Moshoqueque), as well as to create an inventory of the plants sold in these markets, which will serve as a basis for comparison with future inventories. Individual markets and market stalls were subjected to cluster analysis based on the diversity of the medicinal plants they carry. The results show that markets were grouped based on the presence of: (1) common exotic medicinal plants; (2) plants used by laypeople for self-medication related to common ailments ("everyday remedies"); (3) specialized medicinal plants used by curanderos or traditional healers; and (4) highly "specialized" plants used for magical purposes. The plant trade in the study areas seems to correspond well with the specific health care demands from clientele in those areas. The specific market patterns of plant diversity observed in the present study represent a foundation for comparative market research in Peru and elsewhere.

The value of the world's ecosystem services and natural capital

Rainer W. Bussmann,  Douglas Sharon (2006)
This paper examines the traditional use of medicinal plants in Northern Peru, with special focus on the Departments of Piura, Lambayeque, La Libertad, Cajamarca, and San Martin. Northern Peru represents the center of the old Central Andean "Health Axis," stretching from Ecuador to Bolivia. The roots of traditional healing practices in this region go at least as far back as the Moche period (AC 100–800). Although about 50% of the plants in use reported in the colonial period have disappeared from the popular pharmacopoeia, the plant knowledge of the population is much more extensive than in other parts of the Andean region. 510 plant species used for medicinal purposes were collected, identified and their vernacular names, traditional uses and applications recorded. The families best represented were Asteraceae with 69 species, Fabaceae (35), Lamiaceae (25), and Solanaceae (21). Euphorbiaceae had twelve species, and Apiaceae and Poaceae 11 species. The highest number of species was used for the treatment of "magical/ritual" ailments (207 species), followed by respiratory disorders (95), problems of the urinary tract (85), infections of female organs (66), liver ailments (61), inflammations (59), stomach problems (51) and rheumatism (45). Most of the plants used (83%) were native to Peru. Fresh plants, often collected wild, were used in two thirds of all cases, and the most common applications included the ingestion of herb decoctions or the application of plant material as poultices.

An ethnobotanical survey of medicinal plants commercialized in the markets of La Paz and El Alto, Bolivia.

Danielle Vidaurre,  E. García Álvarez,  Manuel J. Macía (2005)
An ethnobotanical study of medicinal plants marketed in La Paz and El Alto cities in the Bolivian Andes, reported medicinal information for about 129 species, belonging to 55 vascular plant families and one uncertain lichen family. The most important family was Asteraceae with 22 species, followed by Fabaceae s.l. with 11, and Solanaceae with eight. More than 90 general medicinal indications were recorded to treat a wide range of illnesses and ailments. The highest number of species and applications were reported for digestive system disorders (stomach ailments and liver problems), musculoskeletal body system (rheumatism and the complex of contusions, luxations, sprains, and swellings), kidney and other urological problems, and gynecological disorders. Some medicinal species had magic connotations, e.g. for cleaning and protection against ailments, to bring good luck, or for Andean offerings to Pachamama, 'Mother Nature'. In some indications, the separation between medicinal and magic plants was very narrow. Most remedies were prepared from a single species, however some applications were always prepared with a mixture of plants, e.g. for abortion, and the complex of luxations and swellings. The part of the plant most frequently used was the aerial part (29.3%) and the leaves (20.7%). The remedies were mainly prepared as a decoction (47.5%) and an infusion (28.6%). Most of species were native from Bolivia, but an important 36.4% of them were introduced from different origins. There exists a high informant consensus for species and their medicinal indications. The present urban phytotherapy represents a medicinal alternative to treat main health problems and remains closer to the cultural and social context of this society.