Enhancing Reuse of Data and Biological Material in Medical Research: From FAIR to FAIR-Health 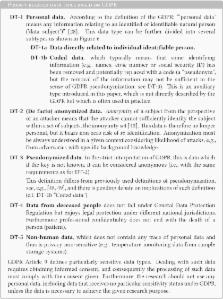 The known challenge of underutilization of data and biological material from biorepositories as potential resources for medical research has been the focus of discussion for over a decade. Recently developed guidelines for improved data availability and reusability—entitled FAIR Principles (Findability, Accessibility, Interoperability, and Reusability)—are likely to address only parts of the problem. In this article, we argue that biological material and data should be viewed as a unified resource. This approach would facilitate access to complete provenance information, which is a prerequisite for reproducibility and meaningful integration of the data. A unified view also allows for optimization of long-term storage strategies, as demonstrated in the case of biobanks. We propose an extension of the FAIR Principles to include the following additional components: (1) quality aspects related to research reproducibility and meaningful reuse of the data, (2) incentives to stimulate effective enrichment of data sets and biological material collections and its reuse on all levels, and (3) privacy-respecting approaches for working with the human material and data. These FAIR-Health principles should then be applied to both the biological material and data. We also propose the development of common guidelines for cloud architectures, due to the unprecedented growth of volume and breadth of medical data generation, as well as the associated need to process the data efficiently.

A view of cloud computing

This Open Access article is distributed under the terms of the Creative Commons License ( http://creativecommons.org/licenses/by/4.0), which permits unrestricted use, distribution, and reproduction in any medium, provided the original work is properly cited.