eCROPS-CA: a systematic approach toward effective and sustainable cancer prevention in rural China 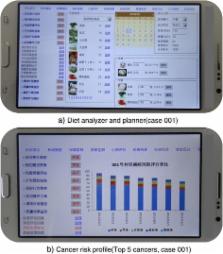 Global cancer statistics in the year 2000.

D Parkin (2001)
Estimation of the burden of cancer in terms of incidence, mortality, and prevalence is a first step to appreciating appropriate control measures in a global context. The latest results of such an exercise, based on the most recent available international data, show that there were 10 million new cases, 6 million deaths, and 22 million people living with cancer in 2000. The most common cancers in terms of new cases were lung (1.2 million), breast (1.05 million), colorectal (945,000), stomach (876,000), and liver (564,000). The profile varies greatly in different populations, and the evidence suggests that this variation is mainly a consequence of different lifestyle and environmental factors, which should be amenable to preventive interventions. World population growth and ageing imply a progressive increase in the cancer burden--15 million new cases and 10 million new deaths are expected in 2020, even if current rates remain unchanged.