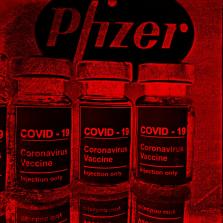 BNT162b2 vaccine against  Covid-19 is composed of an  RNA having  4284 nucleotides, divided into  6 sections, which bring the  information to create a  factory of S Spike proteins, the ones used by  Sars-CoV-2 (Covid-19) to  infect the host. After that, these  proteins are directed  outside the cell, triggering the  immune reaction and  antibody production.

The problem is the  heavy alteration of the mRNA:  Uracil is replaced to fool the immune system with  Ψ ( Pseudouridine); the  letters of all codon triplets are replaced by a  C or a  G, to  extremely increase the  speed of  protein synthesis; replacement of some  amino acids with  Proline; addition of a  sequence (3’-UTR) with  unknown alteration.

These  impairments could cause strong  doubts about the presence of  codon usage errors. An eventual  mistranslation has consequences on the  pathophysiology of a  variety of diseases.In addition,  mRNA injected is a  pre-mRNA, which can  lead to the  multiple mature  mRNAs; these are  alternative splicing  anomalies, direct  source of serious  long-term harm on the human health.

In essence, what will be created  may not be identical with  protein S Spike: just an  error in translational decoding, codons  misreading, production of  different amino acids, then  proteins, to cause serious  long-term damage to human  health, despite the  DNA is not modified, being instead in the  cell nucleus and  not in the cytoplasm, where the modified mRNA arrives.

However, in this case, the  correlation between  speed of synthesis and  protein expression with  synthesis errors, as well as the  mechanism that could affect the  translation of the sequence remain obscure, many  trials have  not yet been  performed.

[1 ]Clinical and Experimental Medicine Novara (NO)

Article also published on Journal of Antivirals and Antiretrovirals by Longdom: