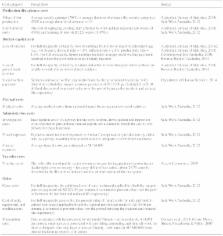 Abstract. Background: Little research has been conducted into the cost and prevention of self-harm in the workplace. Aims: To quantify the economic cost of self-harm and suicide among New South Wales (NSW) construction industry (CI) workers and to examine the potential economic impact of implementing Mates in Construction (MIC). Method: Direct and indirect costs were estimated. Effectiveness was measured using the relative risk ratio (RRR). In Queensland (QLD), relative suicide risks were estimated for 5-year periods before and after the commencement of MIC. For NSW, the difference between the expected (i.e., using NSW pre-MIC [2008–2012] suicide risk) and counterfactual suicide cases (i.e., applying QLD RRR) provided an estimate of potential suicide cases averted in the post-MIC period (2013–2017). Results were adjusted using the average uptake (i.e., 9.4%) of MIC activities in QLD. Economic savings from averted cases were compared with the cost of implementing MIC. Results: The cost of self-harm and suicide in the NSW CI was AU $527 million in 2010. MIC could potentially avert 0.4 suicides, 1.01 full incapacity cases, and 4.92 short absences, generating annual savings of AU $3.66 million. For every AU $1 invested, the economic return is approximately AU $4.6. Conclusion: MIC represents a positive economic investment in workplace safety.

Allison Milner,  Matthew J Spittal,  Jane Pirkis … (2013)
Previous research has shown that those employed in certain occupations, such as doctors and farmers, have an elevated risk of suicide, yet little research has sought to synthesise these findings across working-age populations.

Risk of suicide and related adverse outcomes after exposure to a suicide prevention programme in the US Air Force: cohort study.

K. Knox,  David A Litts,  Jill Catalano Feig … (2003)
To evaluate the impact of the US Air Force suicide prevention programme on risk of suicide and other outcomes that share underlying risk factors. Cohort study with quasi-experimental design and analysis of cohorts before (1990-6) and after (1997-2002) the intervention. 5,260,292 US Air Force personnel (around 84% were men). A multilayered intervention targeted at reducing risk factors and enhancing factors considered protective. The intervention consisted of removing the stigma of seeking help for a mental health or psychosocial problem, enhancing understanding of mental health, and changing policies and social norms. Relative risk reductions (the prevented fraction) for suicide and other outcomes hypothesised to be sensitive to broadly based community prevention efforts, (family violence, accidental death, homicide). Additional outcomes not exclusively associated with suicide were included because of the comprehensiveness of the programme. Implementation of the programme was associated with a sustained decline in the rate of suicide and other adverse outcomes. A 33% relative risk reduction was observed for suicide after the intervention; reductions for other outcomes ranged from 18-54%. A systemic intervention aimed at changing social norms about seeking help and incorporating training in suicide prevention has a considerable impact on promotion of mental health. The impact on adverse outcomes in addition to suicide strengthens the conclusion that the programme was responsible for these reductions in risk.

Medical costs and productivity losses due to interpersonal and self-directed violence in the United States.

P. Corso,  J. Lilly Mercy,  T. Simon … (2007)
Violence-related injuries, including suicide, adversely affect the health and welfare of all Americans through premature death, disability, medical costs, and lost productivity. Estimating the magnitude of the economic burden of violence is critical for understanding the potential amount of resources that can be saved if cost-effective violence prevention efforts can be broadly applied. From 2003 to 2005, the lifetime medical costs and productivity losses associated with medically treated injuries due to interpersonal and self-directed violence occurring in the United States in 2000 were assessed. Several nationally representative data sets were combined to estimate the incidence of fatal and nonfatal injuries due to violence. Unit medical and productivity costs were computed and then multiplied by corresponding incidence estimates to yield total lifetime costs of violence-related injuries occurring in 2000. The total costs associated with nonfatal injuries and deaths due to violence in 2000 were more than $64.8 [corrected] billion. Most of this cost ($64.4 billion or 92%) was due to lost productivity. However, an estimated $5.6 billion was spent on medical care for the more than 2.5 million injuries due to interpersonal and self-directed violence. The burden estimates reported here provide evidence of the large health and economic burden of violence-related injuries in the U.S. But the true burden is likely far greater and the need for more research on violence surveillance and prevention are discussed.