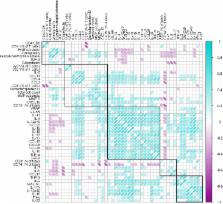 The immune system has evolved to sense invading pathogens, control infection, and restore tissue integrity. Despite symptomatic variability in patients, unequivocal evidence that an individual's immune system distinguishes between different organisms and mounts an appropriate response is lacking. We here used a systematic approach to characterize responses to microbiologically well-defined infection in a total of 83 peritoneal dialysis patients on the day of presentation with acute peritonitis. A broad range of cellular and soluble parameters was determined in peritoneal effluents, covering the majority of local immune cells, inflammatory and regulatory cytokines and chemokines as well as tissue damage–related factors. Our analyses, utilizing machine-learning algorithms, demonstrate that different groups of bacteria induce qualitatively distinct local immune fingerprints, with specific biomarker signatures associated with Gram-negative and Gram-positive organisms, and with culture-negative episodes of unclear etiology. Even more, within the Gram-positive group, unique immune biomarker combinations identified streptococcal and non-streptococcal species including coagulase-negative Staphylococcus spp. These findings have diagnostic and prognostic implications by informing patient management and treatment choice at the point of care. Thus, our data establish the power of non-linear mathematical models to analyze complex biomedical datasets and highlight key pathways involved in pathogen-specific immune responses.

The danger model: a renewed sense of self.

Polly Matzinger (2002)
For over 50 years immunologists have based their thoughts, experiments, and clinical treatments on the idea that the immune system functions by making a distinction between self and nonself. Although this paradigm has often served us well, years of detailed examination have revealed a number of inherent problems. This Viewpoint outlines a model of immunity based on the idea that the immune system is more concerned with entities that do damage than with those that are foreign.

Graziella Orrù,  William Pettersson-Yeo,  Andre F. Marquand … (2012)
Standard univariate analysis of neuroimaging data has revealed a host of neuroanatomical and functional differences between healthy individuals and patients suffering a wide range of neurological and psychiatric disorders. Significant only at group level however these findings have had limited clinical translation, and recent attention has turned toward alternative forms of analysis, including Support-Vector-Machine (SVM). A type of machine learning, SVM allows categorisation of an individual's previously unseen data into a predefined group using a classification algorithm, developed on a training data set. In recent years, SVM has been successfully applied in the context of disease diagnosis, transition prediction and treatment prognosis, using both structural and functional neuroimaging data. Here we provide a brief overview of the method and review those studies that applied it to the investigation of Alzheimer's disease, schizophrenia, major depression, bipolar disorder, presymptomatic Huntington's disease, Parkinson's disease and autistic spectrum disorder. We conclude by discussing the main theoretical and practical challenges associated with the implementation of this method into the clinic and possible future directions. Copyright © 2012 Elsevier Ltd. All rights reserved.