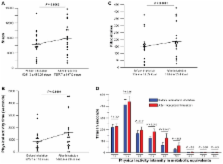 Indacaterol: a review of its use as maintenance therapy in patients with chronic obstructive pulmonary disease.

Kate McKeage (2012)
Indacaterol inhalation powder (Onbrez® Breezhaler®) is a long-acting, selective β(2)-adrenoceptor agonist that is indicated for the maintenance bronchodilator treatment of airflow obstruction in adults with chronic obstructive pulmonary disease (COPD). This article reviews the clinical efficacy and tolerability of indacaterol 150 and 300 μg once daily in adults with moderate to severe COPD, as well as reviewing indacaterol's pharmacological properties and results of a cost-utility analysis. Indacaterol has a fast onset of action after the first dose and is effective over 24 hours, allowing for once-daily administration. In short-term trials (≤21 days) in patients with COPD, once-daily indacaterol 150 or 300 μg significantly improved lung function, exercise endurance and lung hyperinflation relative to placebo. In large, longer-term clinical studies (12 weeks to 1 year) in patients with moderate to severe COPD, once-daily indacaterol 150 or 300 μg improved lung function (primary endpoint) significantly more than placebo, and improvements were significantly greater than twice-daily formoterol 12 μg or salmeterol 50 μg, and noninferior to once-daily tiotropium bromide 18 μg (all agents were administered via inhalation). Overall, indacaterol improved dyspnoea, use of rescue medication and general health status significantly more than placebo, salmeterol or tiotropium bromide, and the degree of improvement in these endpoints was similar to or greater than that achieved with formoterol. Improvements were sustained over the long term (1 year), with no evidence of tolerance. Combination therapy with indacaterol plus tiotropium bromide improved lung function, dyspnoea, rescue medication use and general health status significantly more than tiotropium bromide alone in patients with moderate to severe COPD. Indacaterol is generally well tolerated when used alone or in combination with tiotropium bromide in patients with COPD and has not been associated with any safety issues. The most common adverse event in clinical trials was COPD worsening, which occurred more commonly with placebo than indacaterol. Indacaterol was not associated with an increased risk of cardiovascular adverse events. In a cost-utility analysis from a German healthcare payer perspective, once-daily indacaterol 150 μg was dominant (i.e. more effective with lower total costs) to once-daily tiotropium bromide 18 μg and twice-daily salmeterol 50 μg in the treatment of patients with COPD. In conclusion, indacaterol provides a valuable option for the maintenance treatment of adults with COPD.

Long-acting β-adrenoceptor agonists in the management of COPD: focus on indacaterol

Energy expenditure and impact of bronchodilators in COPD patients