The Semantic Content of Abstract Concepts: A Property Listing Study of 296 Abstract Words 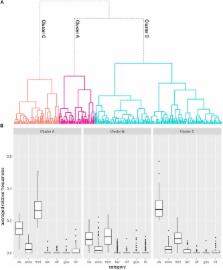 Lawrence Barsalou (2008)
Grounded cognition rejects traditional views that cognition is computation on amodal symbols in a modular system, independent of the brain's modal systems for perception, action, and introspection. Instead, grounded cognition proposes that modal simulations, bodily states, and situated action underlie cognition. Accumulating behavioral and neural evidence supporting this view is reviewed from research on perception, memory, knowledge, language, thought, social cognition, and development. Theories of grounded cognition are also reviewed, as are origins of the area and common misperceptions of it. Theoretical, empirical, and methodological issues are raised whose future treatment is likely to affect the growth and impact of grounded cognition.

Active perception: sensorimotor circuits as a cortical basis for language.

Friedemann Pulvermüller, Luciano Fadiga (2010)
Action and perception are functionally linked in the brain, but a hotly debated question is whether perception and comprehension of stimuli depend on motor circuits. Brain language mechanisms are ideal for addressing this question. Neuroimaging investigations have found specific motor activations when subjects understand speech sounds, word meanings and sentence structures. Moreover, studies involving transcranial magnetic stimulation and patients with lesions affecting inferior frontal regions of the brain have shown contributions of motor circuits to the comprehension of phonemes, semantic categories and grammar. These data show that language comprehension benefits from frontocentral action systems, indicating that action and perception circuits are interdependent.

Coming of age: a review of embodiment and the neuroscience of semantics.

Lotte Meteyard, Sara Rodriguez Cuadrado, Bahador Bahrami … (2012)
Over the last decade, there has been an increasing body of work that explores whether sensory and motor information is a necessary part of semantic representation and processing. This is the embodiment hypothesis. This paper presents a theoretical review of this work that is intended to be useful for researchers in the neurosciences and neuropsychology. Beginning with a historical perspective, relevant theories are placed on a continuum from strongly embodied to completely unembodied representations. Predictions are derived and neuroscientific and neuropsychological evidence that could support different theories is reviewed; finally, criticisms of embodiment are discussed. We conclude that strongly embodied and completely disembodied theories are not supported, and that the remaining theories agree that semantic representation involves some form of convergence zones (Damasio, 1989) and the activation of modal content. For the future, research must carefully define the boundaries of semantic processing and tackle the representation of abstract entities. Copyright © 2010 Elsevier Srl. All rights reserved.

This article was submitted to Cognition, a section of the journal Frontiers in Psychology