Humans and plants depend on an adequate supply of clean water for numerous reasons, from food production to sustaining terrestrial and aquatic life. The average Virginia resident uses about 47 gallons (178 L) of fresh water daily (VDEQ 2008). While a majority of Virginians are provided water from a centralized, public utility, there are nearly two million Virginia residents who depend on well water as their main source (VDH 2008). Replenishing groundwater withdrawals depends on recharge (water moving from the surface to groundwater) from infiltration of precipitation through permeable surfaces in the environment; an important part of the hydrologic, or water, cycle (VDEQ 2010). Forests and grasslands provide much of the available recharge area due to their high capacities to infiltrate precipitation. However, the urbanization process is rapidly converting forested areas and grasslands to commercial, residential, or industrial developments. 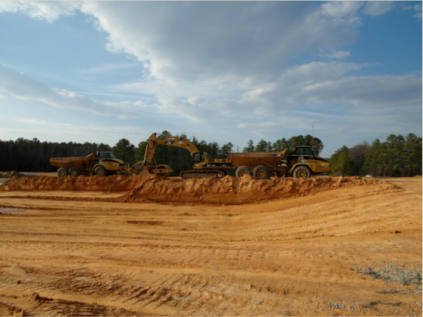 This conversion creates a significant increase in impervious surfaces such as concrete, asphalt, building roofs, and even compacted vegetated sites (U.S. EPA 2003). Impervious surfaces decrease infiltration and groundwater recharge. They also generate increases in stormwater runoff; defined as any precipitation from a rain or snow event that flows off of an impervious surface. As water runs off urban impervious surfaces, it picks up sediment, oils, debris, nutrients, chemicals, and bacteria. The runoff is then collected in a conveyance system, transported, and discharged to surface waters such as creeks and rivers; most of the time without any type of water quality treatment (U.S. EPA 2003; Paul and Meyer 2001). In addition to carrying pollutants, the runoff is also typically warmer than the receiving surface waters. 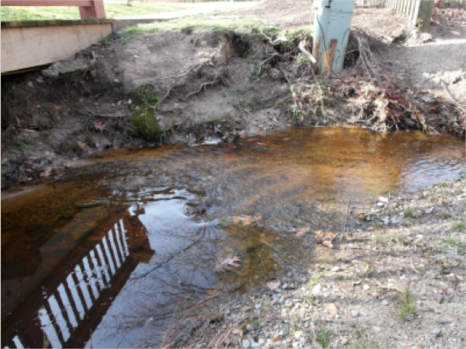 The increased volume and velocity of the stormwater runoff erodes soil and stream channels and can lead to stream “blow out.” Water quality is degraded and aquatic habitats are adversely altered (Meyer, et al. 2005, Booth and Jackson 1997). Due to the interconnected nature of watersheds, the degraded water travels downstream causing subsequent problems. The effect of increased development is an increase in stormwater runoff and associated pollutants into surface waters and a decrease in infiltration for groundwater recharge and stream base flows.

Traditional practices for mitigating stormwater runoff impacts have targeted the management of peak runoff by using storage facilities such as detention and retention ponds.

Mounting evidence that these methods are inadequate prompted the National Research Council in 2008 to advocate a shift to Low Impact Development (LID) practices to better meet stormwater quality and quantity management goals. LID is based on a set of techniques used in Prince Georges County, Maryland (Prince Georges County 1999). LID seeks to restore the natural hydrology of a site by minimizing the creation of impervious surfaces and increasing infiltration of runoff volume. The ineffectiveness of conventional management approaches and the implementation of the Chesapeake Bay and other critical watershed Total Maximum Daily Loads (TMDLs) caused Virginia to revise its entire process for regulating stormwater. LID and Environmental Site Design (ESD) practices are now used to design sites to meet hydrologic goals and to treat runoff to meet a net site nutrient export standard (Battiata et al. 2010). As of the date of this paper, 15 of these best management practices, or BMPs, have been approved for use by Virginia (Virginia Stormwater BMP Clearinghouse 2011). Similar approaches are being considered and adopted in other Chesapeake Bay jurisdictions, as well as nationally. 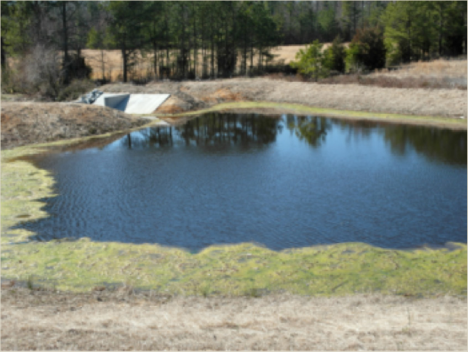 The responsibility of stormwater management can be fragmented between state, local, and municipal government (Roy, et al. 2008), often differing from watershed to watershed. Because LID is decentralized, it changes the management focus from a large, regional scale to a site scale. Changes at the residential lot level can generate much greater infiltration over the watershed. Each homeowner can significantly reduce the stormwater load leaving their property, thereby improving surface water quality and helping to recharge groundwater reserves. From a green building perspective, LID techniques can provide a substantial credit under the LEEDS-ND (Leadership in Energy and Environmental Design-Neighborhood Development) program. The objective of this paper is to provide a relative context for runoff at the site scale, and an overview of the available BMPs that may be applicable.

URBANIZATION OF AQUATIC SYSTEMS: DEGRADATION THRESHOLDS, STORMWATER DETECTION, AND THE LIMITS OF MITIGATION

Impediments and solutions to sustainable, watershed-scale urban stormwater management: lessons from Australia and the United States.

H Thurston,  R. M. Brown,  Paul H. Roy … (2008)
In urban and suburban areas, stormwater runoff is a primary stressor on surface waters. Conventional urban stormwater drainage systems often route runoff directly to streams and rivers, thus exacerbating pollutant inputs and hydrologic disturbance, and resulting in the degradation of ecosystem structure and function. Decentralized stormwater management tools, such as low impact development (LID) or water sensitive urban design (WSUD), may offer a more sustainable solution to stormwater management if implemented at a watershed scale. These tools are designed to pond, infiltrate, and harvest water at the source, encouraging evaporation, evapotranspiration, groundwater recharge, and re-use of stormwater. While there are numerous demonstrations of WSUD practices, there are few examples of widespread implementation at a watershed scale with the explicit objective of protecting or restoring a receiving stream. This article identifies seven major impediments to sustainable urban stormwater management: (1) uncertainties in performance and cost, (2) insufficient engineering standards and guidelines, (3) fragmented responsibilities, (4) lack of institutional capacity, (5) lack of legislative mandate, (6) lack of funding and effective market incentives, and (7) resistance to change. By comparing experiences from Australia and the United States, two developed countries with existing conventional stormwater infrastructure and escalating stream ecosystem degradation, we highlight challenges facing sustainable urban stormwater management and offer several examples of successful, regional WSUD implementation. We conclude by identifying solutions to each of the seven impediments that, when employed separately or in combination, should encourage widespread implementation of WSUD with watershed-based goals to protect human health and safety, and stream ecosystems.

Volumes 1-7 of JOGB are open access and do not require permission for use, though proper citation should be given. To view the licenses, visit https://creativecommons.org/licenses/by-nc/4.0/