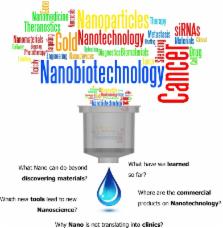 Journal: Frontiers in Bioengineering and Biotechnology

Jeffrey N Anker,  W. Hall,  Olga Lyandres … (2008)
Recent developments have greatly improved the sensitivity of optical sensors based on metal nanoparticle arrays and single nanoparticles. We introduce the localized surface plasmon resonance (LSPR) sensor and describe how its exquisite sensitivity to size, shape and environment can be harnessed to detect molecular binding events and changes in molecular conformation. We then describe recent progress in three areas representing the most significant challenges: pushing sensitivity towards the single-molecule detection limit, combining LSPR with complementary molecular identification techniques such as surface-enhanced Raman spectroscopy, and practical development of sensors and instrumentation for routine use and high-throughput detection. This review highlights several exceptionally promising research directions and discusses how diverse applications of plasmonic nanoparticles can be integrated in the near future.

Daniel Anderson,  G Pratt,  Dustin M. Winslow … (2011)
Metastasis accounts for the vast majority of cancer deaths. The unique challenges for treating metastases include their small size, high multiplicity and dispersion to diverse organ environments. Nanoparticles have many potential benefits for diagnosing and treating metastatic cancer, including the ability to transport complex molecular cargoes to the major sites of metastasis, such as the lungs, liver and lymph nodes, as well as targeting to specific cell populations within these organs. This Review highlights the research, opportunities and challenges for integrating engineering sciences with cancer biology and medicine to develop nanotechnology-based tools for treating metastatic disease.

Applications of nanoparticles in biology and medicine

OV Salata (2004)
Nanomaterials are at the leading edge of the rapidly developing field of nanotechnology. Their unique size-dependent properties make these materials superior and indispensable in many areas of human activity. This brief review tries to summarise the most recent developments in the field of applied nanomaterials, in particular their application in biology and medicine, and discusses their commercialisation prospects.

Specialty section: This article was submitted to Nanobiotechnology, a section of the journal Frontiers in Bioengineering and Biotechnology