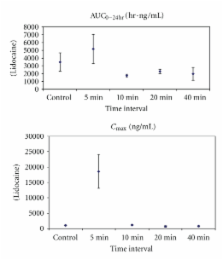 The pig as a model for human wound healing.

T Sullivan,  W Eaglstein,  S Davis … (2015)
The medical literature describes numerous in vitro and in vivo wound-healing models. The selection of an animal model depends on a number of factors including availability, cost, ease of handling, investigator familiarity, and anatomical/functional similarity to humans. Small mammals are frequently used for wound healing studies, however, these mammals differ from humans in a number of anatomical and physiological ways. Anatomically and physiologically, pig skin is more similar to human skin. The many similarities between man and pig would lead one to believe that the pig should make an excellent animal model for human wound healing. The purpose of this paper is to review the existing literature for evidence of this supposition and determine how well the various models correlate to human wound healing. Studies of wound dressings, topical antimicrobials, and growth factors are examined. Over 180 articles were utilized for this comparative review. Our conclusion is that the porcine model is an excellent tool for the evaluation of therapeutic agents destined for use in human wounds.

A comparison of the pharmacodynamics and pharmacokinetics of bupivacaine, ropivacaine (with epinephrine) and their equal volume mixtures with lidocaine used for femoral and sciatic nerve blocks: a double-blind randomized study.

Martin S. Angst,  David Drover (2005)
Lamellar liposome technology has been used for several decades to produce sustained-release drug formulations for parenteral administration. Multivesicular liposomes are structurally distinct from lamellar liposomes and consist of an aggregation of hundreds of water-filled polyhedral compartments separated by bi-layered lipid septa. The unique architecture of multivesicular liposomes allows encapsulating drug with greater efficiency, provides robust structural stability and ensures reliable, steady and prolonged drug release. The favourable characteristics of multivesicular liposomes have resulted in many drug formulations exploiting this technology, which is proprietary and referred to as DepoFoam. Currently, two formulations using multivesicular liposome technology are approved by the US FDA for clinical use, and many more formulations are at an experimental developmental stage. The first clinically available formulation contains the antineoplastic agent cytarabine (DepoCyt) for its intrathecal injection in the treatment of malignant lymphomatous meningitis. Intrathecal injection of DepoCyt reliably results in the sustained release of cytarabine and produces cytotoxic concentrations in cerebrospinal fluid (CSF) that are maintained for at least 2 weeks. Early efficacy data suggest that DepoCyt is fairly well tolerated, and its use allows reduced dosing frequency from twice a week to once every other week and may improve the outcome compared with frequent intrathecal injections of unencapsulated cytarabine. The second available formulation contains morphine (DepoDur) for its single epidural injection in the treatment of postoperative pain. While animal studies confirm that epidural injection of DepoDur results in the sustained release of morphine into CSF, the CSF pharmacokinetics have not been determined in humans. Clinical studies suggest that the use of DepoDur decreases the amount of systemically administered analgesics needed for adequate postoperative pain control. It may also provide superior pain control during the first 1-2 postoperative days compared with epidural administration of unencapsulated morphine or intravenous administration of an opioid. However, at this timepoint the overall clinical utility of DepoDur has yet to be defined and some safety concerns remain because of the unknown CSF pharmacokinetics of DepoDur in humans. The versatility of multivesicular liposome technology is reflected by the many agents including small inorganic and organic molecules and macromolecules including proteins that have successfully been encapsulated. Data concerning many experimental formulations containing antineoplastic, antibacterial and antiviral agents underscore the sustained, steady and reliable release of these compounds from multivesicular liposomes after injection by the intrathecal, subcutaneous, intramuscular, intraperitoneal and intraocular routes. Contingent on the specific formulation and manufacturing process, agents were released over a period of hours to weeks as reflected by a 2- to 400-fold increase in elimination half life. Published data further suggest that the encapsulation process preserves bioactivity of agents as delicate as proteins and supports the view that examined multivesicular liposomes were non-toxic at studied doses. The task ahead will be to examine whether the beneficial structural and pharmacokinetic properties of multivesicular liposome formulations will translate into improved clinical outcomes, either because of decreased drug toxicity or increased drug efficacy.