On The Rate and Extent of Drug Delivery to the Brain 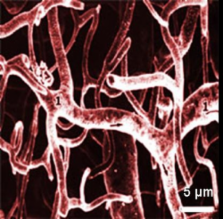 To define and differentiate relevant aspects of blood–brain barrier transport and distribution in order to aid research methodology in brain drug delivery. Pharmacokinetic parameters relative to the rate and extent of brain drug delivery are described and illustrated with relevant data, with special emphasis on the unbound, pharmacologically active drug molecule. Drug delivery to the brain can be comprehensively described using three parameters: K p,uu (concentration ratio of unbound drug in brain to blood), CL in (permeability clearance into the brain), and V u,brain (intra-brain distribution). The permeability of the blood–brain barrier is less relevant to drug action within the CNS than the extent of drug delivery, as most drugs are administered on a continuous (repeated) basis. K p,uu can differ between CNS-active drugs by a factor of up to 150-fold. This range is much smaller than that for log BB ratios ( K p), which can differ by up to at least 2,000-fold, or for BBB permeabilities, which span an even larger range (up to at least 20,000-fold difference). Methods that measure the three parameters K p,uu, CL in, and V u,brain can give clinically valuable estimates of brain drug delivery in early drug discovery programmes.

Evidence for bulk flow of brain interstitial fluid: significance for physiology and pathology.

N. Abbott (2004)
This review surveys evidence for the flow of brain interstitial fluid (ISF) via preferential pathways through the brain, and its relation to cerebrospinal fluid (CSF). Studies over >100 years have raised several controversial points, not all of them resolved. Recent studies have usefully combined a histological and a mathematical approach. Taken together the evidence indicates an ISF bulk flow rate of 0.1-0.3 microl min(-1) g(-1) in rat brain along preferential pathways especially perivascular spaces and axon tracts. The main source of this fluid is likely to be the brain capillary endothelium, which has the necessary ion transporters, channels and water permeability to generate fluid at a low rate, c1/100th of the rate per square centimeter of CSF secretion across choroid plexus epithelium. There is also evidence that a proportion of CSF may recycle from the subarachnoid space into arterial perivascular spaces on the ventral surface of the brain, and join the circulating ISF, draining back via venous perivascular spaces and axon tracts into CSF compartments, and out both through arachnoid granulations and along cranial nerves to the lymphatics of the neck. The bulk flow of ISF has implications for non-synaptic cell:cell communication (volume transmission); for drug delivery, distribution, and clearance; for brain ionic homeostasis and its disturbance in brain edema; for the immune function of the brain; for the clearance of beta-amyloid deposits; and for the migration of cells (malignant cells, stem cells). Copyright 2003 Elsevier Ltd.