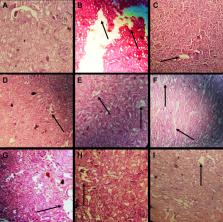 Persistent hyperglycemia lead towards depletion of hydrogen sulfide (H 2S) resulting in generation of oxidative stress and diabetic nephropathy. The aim of the current study was to explore the antioxidant potential of H 2S and captopril, a -SH containing compound in streptozotocin (STZ)-induced diabetic nephropathy.

The observations suggest that H 2S mediated protective effects on STZ-induced diabetic nephropathy may be associated with reduced oxidative stress via augmenting the antioxidant effect.

Antioxidant activity of a flavonoid-rich extract of Hypericum perforatum L. in vitro.

Y. J. Lu,  Y. L. Zou,  Dongzhi Wei (2004)
A flavonoid-rich extract of Hypericum perforatum L. (FEHP) was prepared by adsorption on macroporous resin and desorption by ethanol. Total flavonoid content of FEHP was determined by a colorimetric method. The major constituents of FEHP, including rutin, hyperoside, isoquercitrin, avicularin, quercitrin, and quercetin, were determined by HPLC analysis and confirmed by LC-MS. Different antioxidant assays were utilized to evaluate free radical scavenging activity and antioxidant activity of FEHP. FEHP was an effective scavenger in quenching DPPH and superoxide radical with IC50 of 10.63 microg/mL and 54.3 microg/mL, respectively. A linear correlation between concentration of FEHP and reducing power was observed with a coefficient of r2 = 0.9991. Addition of 150 microg of FEHP obviously decreased the peroxidation of linoleic acid during 84 h incubation, but the amount of FEHP over 150 microg did not show statistically significant inhibitory effect of peroxidation of linoliec acid (p > 0.05). FEHP exhibited inhibitory effect of peroxidation of liposome induced both by hydroxyl radical generated with iron-ascorbic acid system and peroxyl radical and showed prominent inhibitory effect of deoxyribose degradation in a concentration-dependent manner in site-specific assay but poor effect in non-site-specific assay, which suggested that chelation of metal ion was the main antioxidant action. According to the results obtained in the present study, the antioxidant mechanism of FEHP might be attributed to its free radical scavenging activity, metal-chelation activity, and reactive oxygen quenching activity.

L.M. Hillegass,  D.E. Griswold,  B Brickson … (1990)
A method to quantitate myeloperoxidase (MPO) activity from rat whole kidney is described. Polymorphonuclear leukocyte (PMN) infiltration into tissue is a hallmark of acute inflammation. Historically, the degree of inflammation has been quantified by the identification and enumeration of PMNs histologically or by some other means. More recently, the enzyme activity of MPO, a marker enzyme for PMN, and freshly emigrated monocytes in many inflamed tissues has replaced these methods. The kidney, however, has been identified as a tissue from which MPO cannot be measured. Indeed, kidney homogenized by a standard extraction procedure was devoid of MPO activity. We modified the established methodology so that kidney was homogenized in 5 mM potassium phosphate buffer (PB) first and then centrifuged at 30,000 g for 30 min at 4 degrees C prior to extraction. The resulting 30,000 g pellets expressed MPO activity after suspending them in 50 mM PB containing 0.5% hexadecyltrimethylammoniumbromide (HTAB). Interference in the assay was observed with supernatants from control and inflamed kidney, which appeared to be due to kidney-derived material forming a complex with HTAB. After washing the pellets twice, we noted that their extracts exhibited greater activity, and interference from supernatants was abolished. Using this method, we observed that acutely inflamed kidneys from rats treated with sheep nephrotoxic immunoglobulin G (IgG) had significantly elevated MPO activity over kidneys from control rats. Thus, the described technique allows for the routine assay of MPO in kidney tissue.