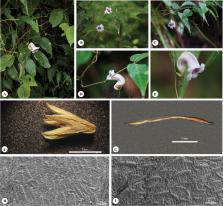 Origins and evolution of plant diversity in the Hengduan Mountains, China

Is the East Asian flora ancient or not?

Phylogenetic Relationships within Ruellieae (Acanthaceae) and a Revised Classification