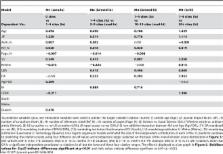 Articles whose authors have supplemented subscription-based access to the publisher's version by self-archiving their own final draft to make it accessible free for all on the web (“Open Access”, OA) are cited significantly more than articles in the same journal and year that have not been made OA. Some have suggested that this “OA Advantage” may not be causal but just a self-selection bias, because authors preferentially make higher-quality articles OA. To test this we compared self-selective self-archiving with mandatory self-archiving for a sample of 27,197 articles published 2002–2006 in 1,984 journals.

The OA Advantage proved just as high for both. Logistic regression analysis showed that the advantage is independent of other correlates of citations (article age; journal impact factor; number of co-authors, references or pages; field; article type; or country) and highest for the most highly cited articles. The OA Advantage is real, independent and causal, but skewed. Its size is indeed correlated with quality, just as citations themselves are (the top 20% of articles receive about 80% of all citations).

The OA advantage is greater for the more citable articles, not because of a quality bias from authors self-selecting what to make OA, but because of a quality advantage, from users self-selecting what to use and cite, freed by OA from the constraints of selective accessibility to subscribers only. It is hoped that these findings will help motivate the adoption of OA self-archiving mandates by universities, research institutions and research funders.

The skewness of science