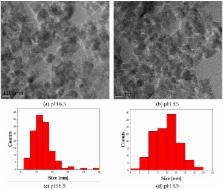 The development of innovative technologies to modify natural textiles holds an important impact for medical applications, including the prevention of contamination with microorganisms, particularly in the hospital environment. In our study, Fe and N co-doped TiO 2 nanoparticles have been obtained via the hydrothermal route, at moderate temperature, followed by short thermal annealing at 400 °C. These particles were used to impregnate polyester (PES) materials which have been evaluated for their morphology, photocatalytic performance, antimicrobial activity against bacterial reference strains, and in vitro biocompatibility on human skin fibroblasts. Microscopic examination and quantitative assays have been used to evaluate the cellular morphology and viability, cell membrane integrity, and inflammatory response. All treated PES materials specifically inhibited the growth of Gram-negative bacilli strains after 15 min of contact, being particularly active against Pseudomonas aeruginosa. PES fabrics treated with photocatalysts did not affect cell membrane integrity nor induce inflammatory processes, proving good biocompatibility. These results demonstrate that the treatment of PES materials with TiO 2-1% Fe–N particles could provide novel biocompatible fabrics with short term protection against microbial colonization, demonstrating their potential for the development of innovative textiles that could be used in biomedical applications for preventing patients’ accidental contamination with microorganisms from the hospital environment.

Simon Timbrell,  George Fotakis (2006)
The aim of this study was to compare four in vitro cytotoxicity assays and determine their ability to detect early cytotoxic events. Two hepatoma cell lines, namely HTC and HepG2 cells, were exposed to cadmium chloride (0-300 microM) for 3, 5 and 8 h. Following exposure to the toxic metal cytotoxicity was determined with the lactate dehydrogenase leakage assay (LDH), a protein assay, the neutral red assay and the methyl tetrazolium (MTT) assay. In HTC cells no toxicity was observed for any incubation period when the LDH leakage, the MTT and the protein assay were employed whereas the neutral red assay revealed early cytotoxicity starting after incubation of HTC cells with CdCl(2) for 3 h. In the case of HepG2 cells the MTT assay reveals cytotoxicity due to CdCl(2) exposure after 3 h whereas no such effect is seen with the other three assays. Following 5 h exposure of HepG2 cells to CdCl(2), toxicity is observed with the MTT assay at lower concentrations compared to the ones required for detection of toxicity with the LDH leakage and the neutral red assay. In conclusion different sensitivity was observed for each assay with the neutral red and the MTT assay being the most sensitive in detecting cytotoxic events compared to the LDH leakage and the protein assay.