The Artemisia L. Genus: A Review of Bioactive Essential Oils 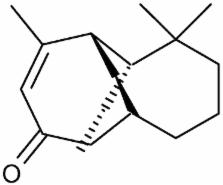 Numerous members of the Anthemideae tribe are important as cut flowers and ornamental crops, as well as being medicinal and aromatic plants, many of which produce essential oils used in folk and modern medicine and in the cosmetics and pharmaceutical industry. Essential oils generally have a broad spectrum of bioactivity, owing to the presence of several active ingredients that work through various modes of action. Due to their mode of extraction, mostly by distillation from aromatic plants, they contain a variety of volatile molecules such as terpenes, phenol-derived aromatic and aliphatic components. The large genus Artemisia L., from the tribe Anthemideae, comprises important medicinal plants which are currently the subject of phytochemical attention due to their biological and chemical diversity. Artemisia species, widespread throughout the world, are one of the most popular plants in Chinese traditional preparations and are frequently used for the treatment of diseases such as malaria, hepatitis, cancer, inflammation and infections by fungi, bacteria and viruses. Extensive studies of the chemical components of Artemisia have led to the identification of many compounds as well as essentials oils. This review summarizes some of the main reports on the chemistry and anti-infective activities of Artemisia. Li. essential oils from the data in the recent literature (2000–2011).

Daise Lopes-Lutz,  Daniela Alviano,  Celuta Alviano … (2008)
The chemical composition of essential oils isolated from aerial parts of seven wild sages from Western Canada -Artemisia absinthium L., Artemisia biennis Willd., Artemisia cana Pursh, Artemisia dracunculus L., Artemisia frigida Willd., Artemisia longifolia Nutt. and Artemisia ludoviciana Nutt., was investigated by GC-MS. A total of 110 components were identified accounting for 71.0-98.8% of the oil composition. High contents of 1,8-cineole (21.5-27.6%) and camphor (15.9-37.3%) were found in Artemisia cana, A. frigida, A. longifolia and A. ludoviciana oils. The oil of A. ludoviciana was also characterized by a high content of oxygenated sesquiterpenes with a 5-ethenyltetrahydro-5-methyl-2-furanyl moiety, of which davanone (11.5%) was the main component identified. A. absinthium oil was characterized by high amounts of myrcene (10.8%), trans-thujone (10.1%) and trans-sabinyl acetate (26.4%). A. biennis yielded an oil rich in (Z)-beta-ocimene (34.7%), (E)-beta-farnesene (40.0%) and the acetylenes (11.0%) (Z)- and (E)-en-yn-dicycloethers. A. dracunculus oil contained predominantly phenylpropanoids such as methyl chavicol (16.2%) and methyl eugenol (35.8%). Artemisia oils had inhibitory effects on the growth of bacteria (Escherichia coli, Staphylococcus aureus, and Staphylococcus epidermidis), yeasts (Candida albicans, Cryptococcus neoformans), dermatophytes (Trichophyton rubrum, Microsporum canis, and Microsporum gypseum), Fonsecaea pedrosoi and Aspergillus niger. A. biennis oil was the most active against dermatophytes, Cryptococcus neoformans, Fonsecaea pedrosoi and Aspergillus niger, and A. absinthium oil the most active against Staphylococcus strains. In addition, antioxidant (beta-carotene/linoleate model) and 2,2-diphenyl-1-picrylhydrazyl (DPPH) radical scavenging activities were determined, and weak activities were found for these oils.

Determination of the chemical composition and antioxidant activity of the essential oil of Artemisia dracunculus and of the antifungal and antibacterial activities of Turkish Artemisia absinthium, A. dracunculus, Artemisia santonicum, and Artemisia spicigera essential oils.

F A Ala,  Ahmet Mavi,  Saban Kordali … (2005)
The essential oil isolated from Turkish tarragon (Artemisia dracunculus) by hydrodistillation was analyzed by GC-MS. Thirty compounds representing 99.5% of total oil were identified. The predominant components in the oil were (Z)-anethole (81.0%), (Z)-beta-ocimene (6.5%), (E)-beta-ocimene (3.1%), limonene (3.1%), and methyleugenol (1.8%). The antibacterial and antifungal activities of the essential oils isolated from A. dracunculus, Artemisia absinthium, Artemisia santonicum, and Artemisia spicigera oils were also evaluated. In general, the oils exhibited potent antifungal activity at a wide spectrum on the growth of agricultural pathogenic fungi. Among the oils, the weakest antifungal activity was shown by the oil of A. dracunculus. In many cases, the oils of A. absinthium, A. santonicum, and A. spicigera completely inhibited the growth of some fungal species. As compared with antibacterial activities of all of tested oils, A. santonicum and A. spicigera oils showed antibacterial activities over a very wide spectrum. However, the essential oils tested showed lower inhibition zones than the inhibition zones of penicillin. In addition, antioxidant and 1,1-diphenyl-2-picrylhydrazyl (DPPH) radical scavenging activities of tarragon oil were determined, and weak antioxidant and DPPH radical scavenging activities were found in comparison to butylated hydroxytoluene.

The genus Artemisia: a comprehensive review.

Anupam Sharma,  Kundan Bora (2010)
Medicinal plants are nature's gift to human beings to make disease free healthy life, and play a vital role to preserve our health. They are believed to be much safer and proven elixir in the treatment of various ailments. The genus Artemisia (Astraceae) consists of about 500 species, occurring throughout the world. The present review comprises the ethnopharmacological, phytochemical and therapeutic potential of various species of Artemisia. The aim of this this review is to bring together most of the available scientific research conducted on the genus Artemisia, which is currently scattered across various publications. Through this review the authors hope to attract the attention of natural product researchers throughout the world to focus on the unexplored potential of Artemisia species. This review has been compiled using references from major databases such as Chemical Abstracts, Medicinal and Aromatic Plants Abstracts, ScienceDirect, SciFinder, PubMed, King's American Dispensatory, Henriette's Herbal Homepage, Dr. Duke's Phytochemical and Ethnobotanical Databases. An exhaustive survey of literature revealed that the different species of Artemisia have a vast range of biological activities including antimalarial, cytotoxic, antihepatotoxic, antibacterial, antifungal and antioxidant activity. Some very important drug leads have been discovered from this genus, notably artemisinin, the well known antimalarial drug isolated from the Chinese herb Artemisia annua. Terpenoids, flavonoids, coumarins, caffeoylquinic acids, sterols and acetylenes constitute major classes of phytoconstituents of the genus. Various species of Artemisia seems to hold great potential for in-depth investigation for various biological activities, especially their effects on the central nervous and cardiovascular systems.