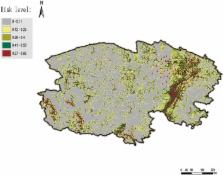 R Poulin (2005)
Global warming can affect the world's biota and the functioning of ecosystems in many indirect ways. Recent evidence indicates that climate change can alter the geographical distribution of parasitic diseases, with potentially drastic consequences for their hosts. It is also possible that warmer conditions could promote the transmission of parasites and raise their local abundance. Here I have compiled experimental data on the effect of temperature on the emergence of infective stages (cercariae) of trematode parasites from their snail intermediate hosts. Temperature-mediated changes in cercarial output varied widely among trematode species, from small reductions to 200-fold increases in response to a 10 degrees C rise in temperature, with a geometric mean suggesting an almost 8-fold increase. Overall, the observed temperature-mediated increases in cercarial output are much more substantial than those expected from basic physiological processes, for which 2- to 3-fold increases are normally seen. Some of the most extreme increases in cercarial output may be artefacts of the methods used in the original studies; however, exclusion of these extreme values has little impact on the preceding conclusion. Across both species values and phylogenetically independent contrasts, neither the magnitude of the initial cercarial output nor the shell size of the snail host correlated with the relative increase in cercarial production mediated by rising temperature. In contrast, the latitude from which the snail-trematode association originated correlated negatively with temperature-mediated increases in cercarial production: within the 20 degrees to 55 degrees latitude range, trematodes from lower latitudes showed more pronounced temperature-driven increases in cercarial output than those from higher latitudes. These results suggest that the small increases in air and water temperature forecast by many climate models will not only influence the geographical distribution of some diseases, but may also promote the proliferation of their infective stages in many ecosystems.