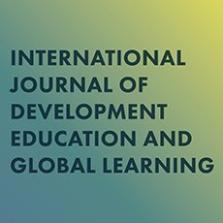 What skills are needed to view the world beyond one’s immediate reality? A deep perspective consciousness is required to live and solve complex issues within a globalized context. Cultivating the seeds of perspective consciousness roots the growth of an open-minded, humanly connected, problem-solving citizen. Literature is positioned as a powerful catalyst for the expansion of perspective, acceptance of varied lived experiences and discovery of connections between ourselves and others far removed from our reality. Educators are placed in powerful roles in which they can, with great intentionality, sow a garden of books which meaningfully expands the perspectives of citizens. The book collections, recommendations and strategies presented in this article serve as seeding packets that deeply root perspective consciousness within all learners.

The assessment of present-moment awareness and acceptance: the Philadelphia Mindfulness Scale.

Leeann Cardaciotto,  Ross Herbert,  Victoria Farrow … (2008)
The purpose of this project was to develop a bidimensional measure of mindfulness to assess its two key components: present-moment awareness and acceptance. The development and psychometric validation of the Philadelphia Mindfulness Scale is described, and data are reported from expert raters, two nonclinical samples (n = 204 and 559), and three clinical samples including mixed psychiatric outpatients (n = 52), eating disorder inpatients (n = 30), and student counseling center outpatients (n = 78). Exploratory and confirmatory factor analyses support a two-factor solution, corresponding to the two constituent components of the construct. Good internal consistency was demonstrated, and relationships with other constructs were largely as expected. As predicted, significant differences were found between the nonclinical and clinical samples in levels of awareness and acceptance. The awareness and acceptance subscales were not correlated, suggesting that these two constructs can be examined independently. Potential theoretical and applied uses of the measure are discussed.

Diversity, Group Identity, and Citizenship Education in a Global Age