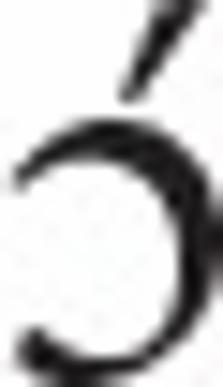 In making an argument for the antiquity of language, based on comparative evidence, Dediu and Levinson ( 2013) express hope that some combinations of structural features will prove so conservative that they will allow deep linguistic reconstruction. I propose that the earliest stages of syntax/grammar as reconstructed in Progovac ( 2015a), based on a theoretical and data-driven linguistic analysis, provide just such a conservative platform, which would have been commanded also by Neandertals and the common ancestor. I provide a fragment of this proto-grammar, which includes flat verb-noun compounds used for naming and insult (e.g., rattle-snake, cry-baby, scatter-brain), and paratactic (loose) combinations of such flat structures (e.g., Come one, come all; You seek, you find). This flat, binary, paratactic platform is found in all languages, and can be shown to serve as foundation for any further structure building. However, given the degree and nature of variation across languages in elaborating syntax beyond this proto-stage, I propose that hierarchical syntax did not emerge once and uniformly in all its complexity, but rather multiple times, either within Africa, or after dispersion from Africa. If so, then, under the uniregional hypothesis, our common ancestor with Neandertals, H. heidelbergensis, could not have commanded hierarchical syntax, but “only” the proto-grammar. Linguistic reconstructions of this kind are necessary for formulating precise and testable hypotheses regarding language evolution. In addition to the hominin timeline, this reconstruction can also engage, and negotiate between, the fields of neuroscience and genetics, as I illustrate with one specific scenario involving FOXP2 gene.

Molecular evolution of FOXP2, a gene involved in speech and language.

Wolfgang Enard,  Molly Przeworski,  Simon E. Fisher … (2002)
Language is a uniquely human trait likely to have been a prerequisite for the development of human culture. The ability to develop articulate speech relies on capabilities, such as fine control of the larynx and mouth, that are absent in chimpanzees and other great apes. FOXP2 is the first gene relevant to the human ability to develop language. A point mutation in FOXP2 co-segregates with a disorder in a family in which half of the members have severe articulation difficulties accompanied by linguistic and grammatical impairment. This gene is disrupted by translocation in an unrelated individual who has a similar disorder. Thus, two functional copies of FOXP2 seem to be required for acquisition of normal spoken language. We sequenced the complementary DNAs that encode the FOXP2 protein in the chimpanzee, gorilla, orang-utan, rhesus macaque and mouse, and compared them with the human cDNA. We also investigated intraspecific variation of the human FOXP2 gene. Here we show that human FOXP2 contains changes in amino-acid coding and a pattern of nucleotide polymorphism, which strongly suggest that this gene has been the target of selection during recent human evolution.

Peter Knijff,  Tsunehiko Hanihara,  Ole Lund … (2011)
We present an Aboriginal Australian genomic sequence obtained from a 100-year-old lock of hair donated by an Aboriginal man from southern Western Australia in the early 20th century. We detect no evidence of European admixture and estimate contamination levels to be below 0.5%. We show that Aboriginal Australians are descendants of an early human dispersal into eastern Asia, possibly 62,000 to 75,000 years ago. This dispersal is separate from the one that gave rise to modern Asians 25,000 to 38,000 years ago. We also find evidence of gene flow between populations of the two dispersal waves prior to the divergence of Native Americans from modern Asian ancestors. Our findings support the hypothesis that present-day Aboriginal Australians descend from the earliest humans to occupy Australia, likely representing one of the oldest continuous populations outside Africa.

This article was submitted to Evolutionary Psychology and Neuroscience, a section of the journal Frontiers in Psychology