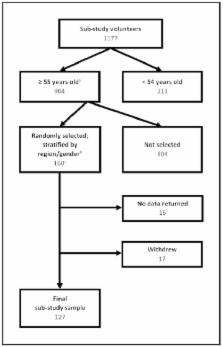 R: A language and environment for statistical computing

Diana E Bowler, Lisette Buyung-Ali, Teri M Knight … (2010)
Background There is increasing interest in the potential role of the natural environment in human health and well-being. However, the evidence-base for specific and direct health or well-being benefits of activity within natural compared to more synthetic environments has not been systematically assessed. Methods We conducted a systematic review to collate and synthesise the findings of studies that compare measurements of health or well-being in natural and synthetic environments. Effect sizes of the differences between environments were calculated and meta-analysis used to synthesise data from studies measuring similar outcomes. Results Twenty-five studies met the review inclusion criteria. Most of these studies were crossover or controlled trials that investigated the effects of short-term exposure to each environment during a walk or run. This included 'natural' environments, such as public parks and green university campuses, and synthetic environments, such as indoor and outdoor built environments. The most common outcome measures were scores of different self-reported emotions. Based on these data, a meta-analysis provided some evidence of a positive benefit of a walk or run in a natural environment in comparison to a synthetic environment. There was also some support for greater attention after exposure to a natural environment but not after adjusting effect sizes for pretest differences. Meta-analysis of data on blood pressure and cortisol concentrations found less evidence of a consistent difference between environments across studies. Conclusions Overall, the studies are suggestive that natural environments may have direct and positive impacts on well-being, but support the need for investment in further research on this question to understand the general significance for public health.