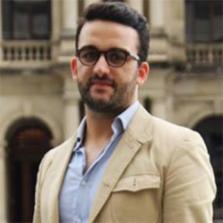 Cricket is a popular but potentially dangerous sport. It is played with a hard ball that can travel at great speeds. Serious injuries, including fatalities, have occurred when balls have struck participants. The game is traditionally played during daylight with a dark red ball, but recent games have been played during the day and at night using a ‘pink’ ball. We have reported data that seemed to justify concerns raised regarding the visibility of these new pink balls, as they were revealed to have a very low luminance contrast against pertinent backgrounds during twilight. Here, we report on the findings of a psychophysical experiment, wherein we mimicked twilight lighting conditions in an interceptive timing experiment using a pink moving disc as an analogue for pink cricket balls. We show that interceptive timing performance is diminished in conditions that mimic twilight. More importantly, we show that wearing glasses with a rose-tinted filter can alleviate this adverse impact by enhancing the luminance contrast of the pink ‘ball’ relative to pertinent backgrounds.

P. Cavanagh,  Nicholas Tyler,  O E Favreau (1984)
Equiluminous red-green sine-wave gratings were drifted at a uniform rate in the bottom half of a 10-deg field. In the top half of the display was a sinusoidal-luminance grating of the same spatial frequency and 95% contrast that drifted in the opposite direction. Observers, while fixating a point in the display center, adjusted the speed of this upper comparison grating so that it appeared to match the velocity of the chromatic grating below. At low spatial frequencies, equiluminous gratings were appreciably slowed and sometimes stopped even though the individual bars of the grating could be easily resolved. The amount of slowing was proportionally greatest for gratings with slow drift rates. Blue-yellow sine-wave gratings showed similar effects. When luminance contrast was held constant, increasing chrominance modulation caused further decreases in apparent velocity, ruling out the possibility that the slowing was simply due to decreased luminance contrast. Perceived velocity appears to be a weighted average of luminance and chrominance velocity information.

Speed can go up as well as down at low contrast: implications for models of motion perception.

School of Psychology, The Ringgold 1974, universityUniversity of Queensland; , Brisbane, Australia

This article is distributed under the terms of the Creative Commons Attribution 4.0 License ( http://www.creativecommons.org/licenses/by/4.0/) which permits any use, reproduction and distribution of the work without further permission provided the original work is attributed as specified on the SAGE and Open Access pages ( https://us.sagepub.com/en-us/nam/open-access-at-sage).