Anchoring Biodiversity Information: From Sherborn to the 21 st century and beyond 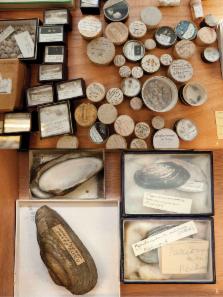