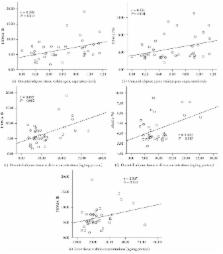 Visfatin: a protein secreted by visceral fat that mimics the effects of insulin.

K Segawa,  Masaki Tanaka,  Eijiro Watanabe … (2005)
Fat tissue produces a variety of secreted proteins (adipocytokines) with important roles in metabolism. We isolated a newly identified adipocytokine, visfatin, that is highly enriched in the visceral fat of both humans and mice and whose expression level in plasma increases during the development of obesity. Visfatin corresponds to a protein identified previously as pre-B cell colony-enhancing factor (PBEF), a 52-kilodalton cytokine expressed in lymphocytes. Visfatin exerted insulin-mimetic effects in cultured cells and lowered plasma glucose levels in mice. Mice heterozygous for a targeted mutation in the visfatin gene had modestly higher levels of plasma glucose relative to wild-type littermates. Surprisingly, visfatin binds to and activates the insulin receptor. Further study of visfatin's physiological role may lead to new insights into glucose homeostasis and/or new therapies for metabolic disorders such as diabetes.

Cloning and characterization of the cDNA encoding a novel human pre-B-cell colony-enhancing factor.

I McNiece,  S Suggs,  X. C. Xie … (1994)
A novel gene coding for the pre-B-cell colony-enhancing factor (PBEF) has been isolated from a human peripheral blood lymphocyte cDNA library. The expression of this gene is induced by pokeweed mitogen and superinduced by cycloheximide. It is also induced in the T-lymphoblastoid cell line HUT 78 after phorbol ester (phorbol myristate acetate) treatment. The predominant mRNA for PBEF is approximately 2.4 kb long and codes for a 52-kDa secreted protein. The 3' untranslated region of the mRNA has multiple TATT motifs, usually found in cytokine and oncogene messages. The PBEF gene is mainly transcribed in human bone marrow, liver tissue, and muscle. We have expressed PBEF in COS 7 and PA317 cells and have tested the biological activities of the conditioned medium as well as the antibody-purified protein in different in vitro assays. PBEF itself had no activity but synergized the pre-B-cell colony formation activity of stem cell factor and interleukin 7. In the presence of PBEF, the number of pre-B-cell colonies was increased by at least 70% above the amount stimulated by stem cell factor plus interleukin 7. No effect of PBEF was found with cells of myeloid or erythroid lineages. These data define PBEF as a novel cytokine which acts on early B-lineage precursor cells.