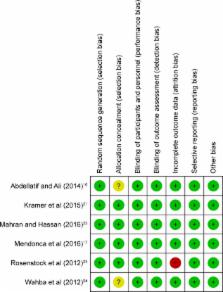 The Cochrane Central Register of Controlled Trials, PubMed, Embase, and Web of science were searched from database inception until October 30, 2017. Randomized controlled trials comparing VL and FOB for awake intubation were selected. The primary outcome was the overall success rate. Rev-Man 5.3 software was used to perform the pooled analysis and assess the risk of bias for each eligible study. The GRADE system was used to assess the quality of evidence for all outcomes.

For awake intubation, VL with a shorter intubation time is as effective and safe as FOB. VL may be a useful alternative to FOB.

Early clinical experience with a new videolaryngoscope (GlideScope) in 728 patients.

Stuart A McCluskey,  Kyle Bishop,  Allan A Pacey … (2005)
To evaluate a new videolaryngoscope and assess its ability to provide laryngeal exposure and facilitate intubation. Five centres, involving 133 operators and a total of 728 consecutive patients, participated in the evaluation of a new video-laryngoscope [GlideScope (GS)]. Many operators had limited or no previous GS experience. We collected information about patient demographics and airway characteristics, Cormack-Lehane (C/L) views and the ease of intubation using the GS. Failure was defined as abandonment of the technique. Data from six patients were incomplete and were excluded. Excellent (C/L 1) or good (C/L 2) laryngeal exposure was obtained in 92% and 7% of patients respectively. In all 133 patients in whom both GS and direct laryngoscopy (DL) were performed, GS resulted in a comparable or superior view. Among the 35 patients with C/L grade 3 or 4 views by DL, the view improved to a C/L 1 view in 24 and a C/L 2 view in three patients. Intubation with the GS was successful in 96.3% of patients. The majority of the failures occurred despite a good or excellent glottic view. GS laryngoscopy consistently yielded a comparable or superior glottic view compared with DL despite the limited or lack of prior experience with the device. Successful intubation was generally achieved even when DL was predicted to be moderately or considerably difficult. GS was abandoned in 3.7% of patients. This may reflect the lack of a formal protocol defining failure, limited prior experience or difficulty manipulating the endotracheal tube while viewing a monitor.

Routine clinical practice effectiveness of the Glidescope in difficult airway management: an analysis of 2,004 Glidescope intubations, complications, and failures from two institutions.

J Adam Law,  Natasha Broemling,  Richard Cooper … (2013)
Background Appropriate planning is crucial to avoid morbidity and mortality when difficulty is anticipated with airway management. Many guidelines developed by national societies have focused on management of difficulty encountered in the unconscious patient; however, little guidance appears in the literature on how best to approach the patient with an anticipated difficult airway. Methods To review this and other subjects, the Canadian Airway Focus Group (CAFG) was re-formed. With representation from anesthesiology, emergency medicine, and critical care, CAFG members were assigned topics for review. As literature reviews were completed, results were presented and discussed during teleconferences and two face-to-face meetings. When appropriate, evidence- or consensus-based recommendations were made, and levels of evidence were assigned. Principal findings Previously published predictors of difficult direct laryngoscopy are widely known. More recent studies report predictors of difficult face mask ventilation, video laryngoscopy, use of a supraglottic device, and cricothyrotomy. All are important facets of a complete airway evaluation and must be considered when difficulty is anticipated with airway management. Many studies now document the increasing patient morbidity that occurs with multiple attempts at tracheal intubation. Therefore, when difficulty is anticipated, tracheal intubation after induction of general anesthesia should be considered only when success with the chosen device(s) can be predicted in a maximum of three attempts. Concomitant predicted difficulty using oxygenation by face mask or supraglottic device ventilation as a fallback makes an awake approach advisable. Contextual issues, such as patient cooperation, availability of additional skilled help, and the clinician’s experience, must also be considered in deciding the appropriate strategy. Conclusions With an appropriate airway evaluation and consideration of relevant contextual issues, a rational decision can be made on whether an awake approach to tracheal intubation will maximize patient safety or if airway management can safely proceed after induction of general anesthesia. With predicted difficulty, close attention should be paid to details of implementing the chosen approach. This should include having a plan in case of the failure of tracheal intubation or patient oxygenation.