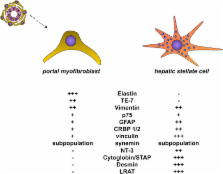 NF-kappaB functions as a tumour promoter in inflammation-associated cancer.

S. Amit,  Y Ben-Shlomo,  Eli Pikarsky … (2004)
The causes of sporadic human cancer are seldom recognized, but it is estimated that carcinogen exposure and chronic inflammation are two important underlying conditions for tumour development, the latter accounting for approximately 20% of human cancer. Whereas the causal relationship between carcinogen exposure and cancer has been intensely investigated, the molecular and cellular mechanisms linking chronic inflammation to tumorigenesis remain largely unresolved. We proposed that activation of the nuclear factor kappaB (NF-kappaB), a hallmark of inflammatory responses that is frequently detected in tumours, may constitute a missing link between inflammation and cancer. To test this hypothesis, we studied the Mdr2-knockout mouse strain, which spontaneously develops cholestatic hepatitis followed by hepatocellular carcinoma, a prototype of inflammation-associated cancer. We monitored hepatitis and cancer progression in Mdr2-knockout mice, and here we show that the inflammatory process triggers hepatocyte NF-kappaB through upregulation of tumour-necrosis factor-alpha (TNFalpha) in adjacent endothelial and inflammatory cells. Switching off NF-kappaB in mice from birth to seven months of age, using a hepatocyte-specific inducible IkappaB-super-repressor transgene, had no effect on the course of hepatitis, nor did it affect early phases of hepatocyte transformation. By contrast, suppressing NF-kappaB inhibition through anti-TNFalpha treatment or induction of IkappaB-super-repressor in later stages of tumour development resulted in apoptosis of transformed hepatocytes and failure to progress to hepatocellular carcinoma. Our studies thus indicate that NF-kappaB is essential for promoting inflammation-associated cancer, and is therefore a potential target for cancer prevention in chronic inflammatory diseases.

Diagnosis and management of autoimmune hepatitis.