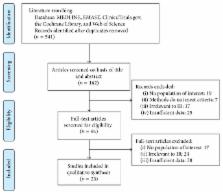 Recent studies have shown the positive association between increased circulating BCAAs (valine, leucine, and isoleucine) and insulin resistance (IR) in obese or diabetic patients. However, results seem to be controversial in different races, diets, and distinct tissues. Our aims were to evaluate the relationship between BCAA and IR as well as later diabetes risk and explore the phenotypic and genetic factors influencing BCAA level based on available studies. We performed systematic review, searching MEDLINE, EMASE, ClinicalTrials.gov, the Cochrane Library, and Web of Science from inception to March 2016. After selection, 23 studies including 20,091 participants were included. Based on current evidence, we found that BCAA is a useful biomarker for early detection of IR and later diabetic risk. Factors influencing BCAA level can be divided into four parts: race, gender, dietary patterns, and gene variants. These factors might not only contribute to the elevated BCAA level but also show obvious associations with insulin resistance. Genes related to BCAA catabolism might serve as potential targets for the treatment of IR associated metabolic disorders. Moreover, these factors should be controlled properly during study design and data analysis. In the future, more large-scale studies with elaborate design addressing BCAA and IR are required.

The epidemiology of overweight and obesity: public health crisis or moral panic?