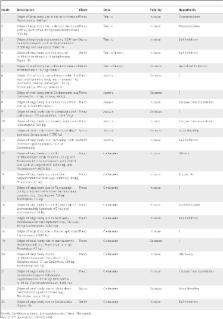 Early dinosaurs showed rapid evolutionary rates, which were sustained on the line leading to birds. Maintenance of evolvability in key lineages might explain the uneven distribution of trait diversity among groups of animal species.

Large-scale adaptive radiations might explain the runaway success of a minority of extant vertebrate clades. This hypothesis predicts, among other things, rapid rates of morphological evolution during the early history of major groups, as lineages invade disparate ecological niches. However, few studies of adaptive radiation have included deep time data, so the links between extant diversity and major extinct radiations are unclear. The intensively studied Mesozoic dinosaur record provides a model system for such investigation, representing an ecologically diverse group that dominated terrestrial ecosystems for 170 million years. Furthermore, with 10,000 species, extant dinosaurs (birds) are the most speciose living tetrapod clade. We assembled composite trees of 614–622 Mesozoic dinosaurs/birds, and a comprehensive body mass dataset using the scaling relationship of limb bone robustness. Maximum-likelihood modelling and the node height test reveal rapid evolutionary rates and a predominance of rapid shifts among size classes in early (Triassic) dinosaurs. This indicates an early burst niche-filling pattern and contrasts with previous studies that favoured gradualistic rates. Subsequently, rates declined in most lineages, which rarely exploited new ecological niches. However, feathered maniraptoran dinosaurs (including Mesozoic birds) sustained rapid evolution from at least the Middle Jurassic, suggesting that these taxa evaded the effects of niche saturation. This indicates that a long evolutionary history of continuing ecological innovation paved the way for a second great radiation of dinosaurs, in birds. We therefore demonstrate links between the predominantly extinct deep time adaptive radiation of non-avian dinosaurs and the phenomenal diversification of birds, via continuing rapid rates of evolution along the phylogenetic stem lineage. This raises the possibility that the uneven distribution of biodiversity results not just from large-scale extrapolation of the process of adaptive radiation in a few extant clades, but also from the maintenance of evolvability on vast time scales across the history of life, in key lineages.

Animals display huge morphological and ecological diversity. One possible explanation of how this diversity evolved is the "niche filling" model of adaptive radiation—under which evolutionary rates are highest early in the evolution of a group, as lineages diversify to fill disparate ecological niches. We studied patterns of body size evolution in dinosaurs and birds to test this model, and to explore the links between modern day diversity and major extinct radiations. We found rapid evolutionary rates in early dinosaur evolution, beginning more than 200 million years ago, as dinosaur body sizes diversified rapidly to fill new ecological niches, including herbivory. High rates were maintained only on the evolutionary line leading to birds, which continued to produce new ecological diversity not seen in other dinosaurs. Small body size might have been key to maintaining evolutionary potential (evolvability) in birds, which broke the lower body size limit of about 1 kg seen in other dinosaurs. Our results suggest that the maintenance of evolvability in only some lineages explains the unbalanced distribution of morphological and ecological diversity seen among groups of animals, both extinct and extant. Important living groups such as birds might therefore result from sustained, rapid evolutionary rates over timescales of hundreds of millions of years.

Simon Blomberg,  Anthony Ives,  Theodore Garland (2003)
The primary rationale for the use of phylogenetically based statistical methods is that phylogenetic signal, the tendency for related species to resemble each other, is ubiquitous. Whether this assertion is true for a given trait in a given lineage is an empirical question, but general tools for detecting and quantifying phylogenetic signal are inadequately developed. We present new methods for continuous-valued characters that can be implemented with either phylogenetically independent contrasts or generalized least-squares models. First, a simple randomization procedure allows one to test the null hypothesis of no pattern of similarity among relatives. The test demonstrates correct Type I error rate at a nominal alpha = 0.05 and good power (0.8) for simulated datasets with 20 or more species. Second, we derive a descriptive statistic, K, which allows valid comparisons of the amount of phylogenetic signal across traits and trees. Third, we provide two biologically motivated branch-length transformations, one based on the Ornstein-Uhlenbeck (OU) model of stabilizing selection, the other based on a new model in which character evolution can accelerate or decelerate (ACDC) in rate (e.g., as may occur during or after an adaptive radiation). Maximum likelihood estimation of the OU (d) and ACDC (g) parameters can serve as tests for phylogenetic signal because an estimate of d or g near zero implies that a phylogeny with little hierarchical structure (a star) offers a good fit to the data. Transformations that improve the fit of a tree to comparative data will increase power to detect phylogenetic signal and may also be preferable for further comparative analyses, such as of correlated character evolution. Application of the methods to data from the literature revealed that, for trees with 20 or more species, 92% of traits exhibited significant phylogenetic signal (randomization test), including behavioral and ecological ones that are thought to be relatively evolutionarily malleable (e.g., highly adaptive) and/or subject to relatively strong environmental (nongenetic) effects or high levels of measurement error. Irrespective of sample size, most traits (but not body size, on average) showed less signal than expected given the topology, branch lengths, and a Brownian motion model of evolution (i.e., K was less than one), which may be attributed to adaptation and/or measurement error in the broad sense (including errors in estimates of phenotypes, branch lengths, and topology). Analysis of variance of log K for all 121 traits (from 35 trees) indicated that behavioral traits exhibit lower signal than body size, morphological, life-history, or physiological traits. In addition, physiological traits (corrected for body size) showed less signal than did body size itself. For trees with 20 or more species, the estimated OU (25% of traits) and/or ACDC (40%) transformation parameter differed significantly from both zero and unity, indicating that a hierarchical tree with less (or occasionally more) structure than the original better fit the data and so could be preferred for comparative analyses.

Olaf Bininda-Emonds,  Marcel Cardillo,  Kate E. Jones … (2007)
Did the end-Cretaceous mass extinction event, by eliminating non-avian dinosaurs and most of the existing fauna, trigger the evolutionary radiation of present-day mammals? Here we construct, date and analyse a species-level phylogeny of nearly all extant Mammalia to bring a new perspective to this question. Our analyses of how extant lineages accumulated through time show that net per-lineage diversification rates barely changed across the Cretaceous/Tertiary boundary. Instead, these rates spiked significantly with the origins of the currently recognized placental superorders and orders approximately 93 million years ago, before falling and remaining low until accelerating again throughout the Eocene and Oligocene epochs. Our results show that the phylogenetic 'fuses' leading to the explosion of extant placental orders are not only very much longer than suspected previously, but also challenge the hypothesis that the end-Cretaceous mass extinction event had a major, direct influence on the diversification of today's mammals.

Parts of this project were supported by a Leverhulme Research Grant (to Paul Upchurch) RPG-129. PDM is funded by an Imperial College Junior Research Fellowship. The funders had no role in study design, data collection and analysis, decision to publish, or preparation of the manuscript.