Clinical Implications of the Transversus Abdominis Plane Block in Adults 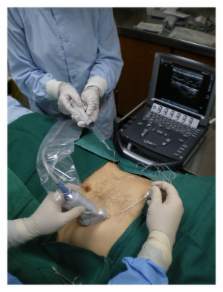 The transversus abdominis plane (TAP) block is a relatively new regional anesthesia technique that provides analgesia to the parietal peritoneum as well as the skin and muscles of the anterior abdominal wall. It has a high margin of safety and is technically simple to perform, especially under ultrasound guidance. A growing body of evidence supports the use of TAP blocks for a variety of abdominal procedures, yet, widespread adoption of this therapeutic adjunct has been slow. In part, this may be related to the limited sources for anesthesiologists to develop an appreciation for its sound anatomical basis and the versatility of its clinical application. As such, we provide a brief historical perspective on the TAP block, describe relevant anatomy, review current techniques, discuss pharmacologic considerations, and summarize the existing literature regarding its clinical utility with an emphasis on recently published studies that have not been included in other systematic reviews or meta-analyses.

Abdominal field block: a new approach via the lumbar triangle.

Kimberly Benton,  Chrisen Maharaj,  John G McDonnell … (2007)
The transversus abdominis plane (TAP) block is an effective method of providing postoperative analgesia in patients undergoing midline abdominal wall incisions. We evaluated its analgesic efficacy over the first 48 postoperative hours after cesarean delivery performed through a Pfannensteil incision, in a randomized controlled, double-blind, clinical trial. Fifty women undergoing elective cesarean delivery were randomized to undergo TAP block with ropivacaine (n = 25) versus placebo (n = 25), in addition to standard postoperative analgesia comprising patient-controlled IV morphine analgesia and regular diclofenac and acetaminophen. All patients received a standard spinal anesthetic, and at the end of surgery, a bilateral TAP block was performed using 1.5 mg/kg ropivacaine (to a maximal dose of 150 mg) or saline on each side. Each patient was assessed postoperatively by a blinded investigator: in the postanesthesia care unit and at 2, 4, 6, 12, 24, 36, and 48 h postoperatively. The TAP block with ropivacaine compared with placebo reduced postoperative visual analog scale pain scores. Mean (+/- sd) total morphine requirements in the first 48 postoperative hours were also reduced (66 +/- 26 vs 18 +/- 14 mg, P < 0.001), as was the 12-h interval morphine consumption up to 36 h postoperatively. The incidence of sedation was reduced in patients undergoing TAP blockade. There were no complications attributable to the TAP block. The TAP block, as a component of a multimodal analgesic regimen, provided superior analgesia when compared with placebo block up to 48 postoperative hours after elective cesarean delivery.

A.A. El-Dawlatly,  A. Turkistani,  S.C. Kettner … (2009)
The transversus abdominis plane (TAP) block is usually performed by landmark-based methods. This prospective, randomized, and double-blinded study was designed to describe a method of ultrasound-guided TAP block and to evaluate the intra- and postoperative analgesic efficacy in patients undergoing laparoscopic cholecystectomy under general anaesthesia with or without TAP block. Forty-two patients undergoing laparoscopic cholecystectomy were randomized to receive standard general anaesthetic either with (Group A, n=21) or without TAP block (Group B, n=21). Ultrasound-guided bilateral TAP block was performed with a high frequent linear ultrasound probe and an in-plane needle guidance technique with 15 ml bupivacaine 5 mg ml(-1) on each side. Intraoperative use of sufentanil and postoperative demand of morphine using a patient-controlled analgesia device were recorded. Ultrasonographic visualization of the relevant anatomy, detection of the shaft and tip of the needle, and the spread of local anaesthetic were possible in all cases where a TAP block was performed. Patients in Group A received significantly less [corrected] intraoperative sufentanil and postoperative morphine compared with those in Group B [mean (SD) 8.6 (3.5) vs 23.0 (4.8) microg, P<0.01, and 10.5 (7.7) vs 22.8 (4.3) mg, P<0.05]. Ultrasonographic guidance enables exact placement of the local anaesthetic for TAP blocks. In patients undergoing laparoscopic cholecystectomy under standard general anaesthetic, ultrasound-guided TAP block substantially reduced the perioperative opioid consumption.