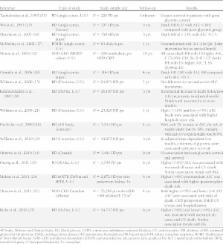 Chronic kidney disease remains as one of the major complications for individuals with diabetes and contributes to considerable morbidity. Individuals subjected to dialysis therapy, half of whom are diabetic, experience a mortality of ∼20% per year. Understanding factors related to mortality remains a priority. Outside of dialysis units, A1C is unquestioned as the “gold standard” for glycemic control. In the recent past, however, there is evidence in large cohorts of diabetic dialysis patients that A1C at both the higher and lower levels was associated with mortality. Given the unique conditions associated with the metabolic dysregulation in dialysis patients, there is a critical need to identify accurate assays to monitor glycemic control to relate to cardiovascular endpoints. In this two-part point-counterpoint narrative, Drs. Freedman and Kalantar-Zadeh take opposing views on the utility of A1C in relation to cardiovascular disease and survival and as to consideration of use of other short-term markers in glycemia. In the narrative preceeding this counterpoint, Dr. Freedman suggests that glycated albumin may be the preferred glycemic marker in dialysis subjects. In the counterpoint narrative below, Dr. Kalantar-Zadeh defends the use of A1C as the unquestioned gold standard for glycemic management in dialysis subjects.

Association between glycemic control and adverse outcomes in people with diabetes mellitus and chronic kidney disease: a population-based cohort study.

Aminu Bello,  Tanvir Turin,  Sumit Majumdar … (2011)
Better glycemic control as reflected by lower hemoglobin A(1c) (HbA(1c)) level may prevent or slow progression of nephropathy in people with diabetes mellitus (DM). Whether a lower HbA(1c) level improves outcomes in people with DM and chronic kidney disease (CKD) is unknown. From all people with serum creatinine measured as part of routine care in a single Canadian province from 2005 through 2006, we identified those with CKD based on laboratory data (estimated glomerular filtration rate [eGFR], <60.0 mL/min/1.73 m(2)]) and DM using a validated algorithm applied to hospitalization and claims data. Patients were classified based on their first HbA(1c) measurement; Cox regression models were used to assess independent associations between HbA(1c) level and 5 study outcomes (death, progression of kidney disease based on a doubling of serum creatinine level, or new end-stage renal disease [ESRD], cardiovascular events, all-cause hospitalization). We identified 23,296 people with DM and an eGFR lower than 60.0 mL/min/1.73 m(2). The median HbA(1c) level was 6.9% (range, 2.8%-20.0%), and 11% had an HbA(1c) value higher than 9%. Over the median follow-up period of 46 months, 3665 people died, and 401 developed ESRD. Regardless of baseline eGFR, a higher HbA(1c) level was strongly and independently associated with excess risk of all 5 outcomes studied (P < .001 for all comparisons). However, the association with mortality was U-shaped, with increases in the risk of mortality apparent at HbA(1c) levels lower than 6.5% and higher than 8.0%. The increased risk of ESRD associated with a higher HbA(1c) level was attenuated at a lower baseline eGFR (P value for interaction, <.001). Specifically, among those with an eGFR of 30.0 to 59.9 mL/min/1.73 m(2), the risk of ESRD was increased by 22% and 152% in patients with HbA(1c) levels of 7% to 9% and higher than 9%, respectively, compared with patients with an HbA(1c) level lower than 7% (P < .001), whereas corresponding increases were 3% and 13%, respectively, in those with an eGFR of 15.0 to 29.9 mL/min/1.73 m(2). A hemoglobin A(1c) level higher than 9% is common in people with non-hemodialysis-dependent CKD and is associated with markedly worse clinical outcomes; lower levels of HbA(1c) (<6.5%) also seemed to be associated with excess mortality. The excess risk of kidney failure associated with a higher HbA(1c) level was most pronounced among people with better kidney function. These findings suggest that appropriate and timely control of HbA(1c) level in people with DM and CKD may be more important than previously realized, but suggest also that intensive glycemic control (HbA(1c) level <6.5%) may be associated with increased mortality.

Comparison of glycated albumin and hemoglobin A(1c) levels in diabetic subjects on hemodialysis.

Serum albumin as a predictor of mortality in peritoneal dialysis: comparisons with hemodialysis.