A Quick Introduction to Version Control with Git and GitHub 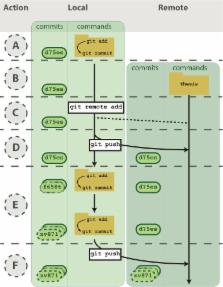 Research Paper of the Future and the Reproducible Research Compendium

Practical Guidelines for the Comprehensive Analysis of ChIP-seq Data

Timothy S. Bailey,  Paweł Krajewski,  Istvan Ladunga … (2013)
Mapping the chromosomal locations of transcription factors, nucleosomes, histone modifications, chromatin remodeling enzymes, chaperones, and polymerases is one of the key tasks of modern biology, as evidenced by the Encyclopedia of DNA Elements (ENCODE) Project. To this end, chromatin immunoprecipitation followed by high-throughput sequencing (ChIP-seq) is the standard methodology. Mapping such protein-DNA interactions in vivo using ChIP-seq presents multiple challenges not only in sample preparation and sequencing but also for computational analysis. Here, we present step-by-step guidelines for the computational analysis of ChIP-seq data. We address all the major steps in the analysis of ChIP-seq data: sequencing depth selection, quality checking, mapping, data normalization, assessment of reproducibility, peak calling, differential binding analysis, controlling the false discovery rate, peak annotation, visualization, and motif analysis. At each step in our guidelines we discuss some of the software tools most frequently used. We also highlight the challenges and problems associated with each step in ChIP-seq data analysis. We present a concise workflow for the analysis of ChIP-seq data in Figure 1 that complements and expands on the recommendations of the ENCODE and modENCODE projects. Each step in the workflow is described in detail in the following sections.

Git can facilitate greater reproducibility and increased transparency in science

Karthik Ram (2013)
Background Reproducibility is the hallmark of good science. Maintaining a high degree of transparency in scientific reporting is essential not just for gaining trust and credibility within the scientific community but also for facilitating the development of new ideas. Sharing data and computer code associated with publications is becoming increasingly common, motivated partly in response to data deposition requirements from journals and mandates from funders. Despite this increase in transparency, it is still difficult to reproduce or build upon the findings of most scientific publications without access to a more complete workflow. Findings Version control systems (VCS), which have long been used to maintain code repositories in the software industry, are now finding new applications in science. One such open source VCS, Git, provides a lightweight yet robust framework that is ideal for managing the full suite of research outputs such as datasets, statistical code, figures, lab notes, and manuscripts. For individual researchers, Git provides a powerful way to track and compare versions, retrace errors, explore new approaches in a structured manner, while maintaining a full audit trail. For larger collaborative efforts, Git and Git hosting services make it possible for everyone to work asynchronously and merge their contributions at any time, all the while maintaining a complete authorship trail. In this paper I provide an overview of Git along with use-cases that highlight how this tool can be leveraged to make science more reproducible and transparent, foster new collaborations, and support novel uses.

JDB is supported by National Institutes of Health grant AI087658 awarded to Yoav Gilad. The funders had no role in study design, data collection and analysis, decision to publish, or preparation of the manuscript.