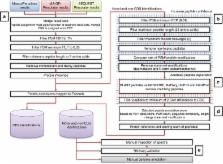 Complete annotation of the human genome is indispensable for medical research. The GENCODE consortium strives to provide this, augmenting computational and experimental evidence with manual annotation. The rapidly developing field of proteogenomics provides evidence for the translation of genes into proteins and can be used to discover and refine gene models. However, for both the proteomics and annotation groups, there is a lack of guidelines for integrating this data. Here we report a stringent workflow for the interpretation of proteogenomic data that could be used by the annotation community to interpret novel proteogenomic evidence. Based on reprocessing of three large-scale publicly available human data sets, we show that a conservative approach, using stringent filtering is required to generate valid identifications. Evidence has been found supporting 16 novel protein-coding genes being added to GENCODE. Despite this many peptide identifications in pseudogenes cannot be annotated due to the absence of orthogonal supporting evidence. 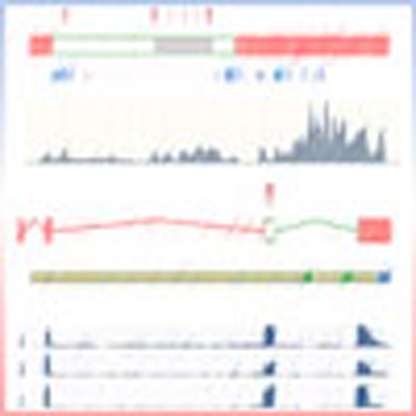 Identifying and annotating functional elements in the human genome remains a challenging but important task. Here the authors propose a priority annotation score to rank identifications and suggest how proteogenomics evidence can be interpreted and what additional information substantiates protein-coding potential for annotation.

The Proteomics Identifications (PRIDE) database and associated tools: status in 2013

Juan Antonio Vizcaíno,  Richard Côté,  Attila Csordas … (2012)
The PRoteomics IDEntifications (PRIDE, http://www.ebi.ac.uk/pride) database at the European Bioinformatics Institute is one of the most prominent data repositories of mass spectrometry (MS)-based proteomics data. Here, we summarize recent developments in the PRIDE database and related tools. First, we provide up-to-date statistics in data content, splitting the figures by groups of organisms and species, including peptide and protein identifications, and post-translational modifications. We then describe the tools that are part of the PRIDE submission pipeline, especially the recently developed PRIDE Converter 2 (new submission tool) and PRIDE Inspector (visualization and analysis tool). We also give an update about the integration of PRIDE with other MS proteomics resources in the context of the ProteomeXchange consortium. Finally, we briefly review the quality control efforts that are ongoing at present and outline our future plans.

Mitchell Guttman,  Manuel Garber,  Joshua Levin … (2010)
RNA-Seq provides an unbiased way to study a transcriptome, including both coding and non-coding genes. To date, most RNA-Seq studies have critically depended on existing annotations, and thus focused on expression levels and variation in known transcripts. Here, we present Scripture, a method to reconstruct the transcriptome of a mammalian cell using only RNA-Seq reads and the genome sequence. We apply it to mouse embryonic stem cells, neuronal precursor cells, and lung fibroblasts to accurately reconstruct the full-length gene structures for the vast majority of known expressed genes. We identify substantial variation in protein-coding genes, including thousands of novel 5′-start sites, 3′-ends, and internal coding exons. We then determine the gene structures of over a thousand lincRNA and antisense loci. Our results open the way to direct experimental manipulation of thousands of non-coding RNAs, and demonstrate the power of ab initio reconstruction to render a comprehensive picture of mammalian transcriptomes.

Michael Lin,  Irwin Jungreis,  Manolis Kellis (2011)
Motivation: As high-throughput transcriptome sequencing provides evidence for novel transcripts in many species, there is a renewed need for accurate methods to classify small genomic regions as protein coding or non-coding. We present PhyloCSF, a novel comparative genomics method that analyzes a multispecies nucleotide sequence alignment to determine whether it is likely to represent a conserved protein-coding region, based on a formal statistical comparison of phylogenetic codon models. Results: We show that PhyloCSF's classification performance in 12-species Drosophila genome alignments exceeds all other methods we compared in a previous study. We anticipate that this method will be widely applicable as the transcriptomes of many additional species, tissues and subcellular compartments are sequenced, particularly in the context of ENCODE and modENCODE, and as interest grows in long non-coding RNAs, often initially recognized by their lack of protein coding potential rather than conserved RNA secondary structures. Availability and Implementation: The Objective Caml source code and executables for GNU/Linux and Mac OS X are freely available at http://compbio.mit.edu/PhyloCSF Contact: mlin@mit.edu; manoli@mit.edu