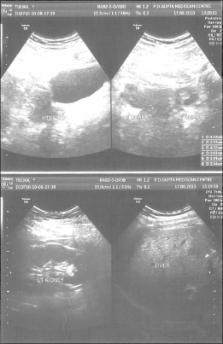 Gender identity is the sense of belonging that one feels for a particular sex psychologically and socially, independent of one's biological sex. There is much less systematic data on gender identity in females with congenital adrenal hyperplasia (CAH). We report a case of non-classical CAH presenting as a case of gender identity disorder.

Stenvert Drop,  Arianne Dessens,  Froukje M E Slijper (2005)
This article reviews the literature on studies and case reports on gender identity and gender identity problems, gender dysphoria, and gender change in chromosomal females with congenital adrenal hyperplasia, raised male or female. The large majority (94.8%) of the patients raised female (N= 250) later developed a gender identity as girls and women and did not feel gender dysphoric. But 13 (5.2%) patients had serious problems with their gender identity. This percentage is higher than the prevalence of female-to-male transsexuals in the general population of chromosomal females. Among patients raised male, serious gender identity problems were reported in 4 (12.1%) out of 33 patients. From these observations, we conclude that the assignment to the female gender as a general policy for 46,XX patients with CAH appears justified, even in severely masculinized 46,XX newborns with CAH (Prader stage IV or V).

Anna Nordenström,  Gundela Holmdahl,  Kerstin Hagenfeldt … (2009)
Gender-atypical behavior has been described in young girls as well as in women with congenital adrenal hyperplasia (CAH) due to a CYP21A2 deficiency. The aim of the study was to assess health-related, psychosexual, and psychosocial parameters and correlate the results to CYP21A2 genotype. Sixty-two Swedish women with CAH and age-matched controls completed a 120-item questionnaire and a validated quality of life instrument [psychological general well-being (PGWB) formula] to identify psychosexual and psychosocial parameters. The patients were divided into four CYP21A2 genotype groups. The women with CAH held more male-dominant occupations (30%) compared to controls (13%) (P = 0.04), especially those in the null genotype group (55%) (P = 0.006). They also reported a greater interest in rough sports (74%) compared to controls (50%) (P = 0.007). Eight women with CAH (14%) reported a prime interest in motor vehicles, compared to none of the controls (P = 0.002). Non-heterosexual orientation was reported by 19% of women with CAH (P = 0.005), 50% in the null genotype group (P = 0.0001), 30% in I2 splice (NS), and 5% in I172N (NS). PGWB total score did not differ between patients and controls. We identified increased gender-atypical behavior in women with CAH that could be correlated to the CYP21A2 genotype. This speaks in favor of dose-dependent effects of prenatal androgens on the development of higher brain functions. The impact of the disease on upbringing and interpersonal relationships did not correlate with disease severity, indicating that other factors, such as coping strategies, are important for psychosocial adaptation. This illustrates the need for psychological support to parents and patients.