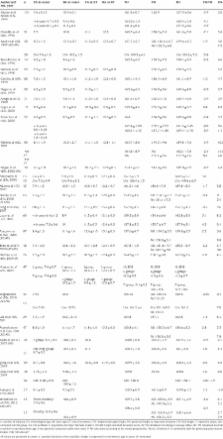 Central precocious puberty (CPP) is a diagnosis that pediatric endocrinologists worldwide increasingly make in girls of age 6-8 years and is mostly idiopathic. Part of the reason for increasing referral and diagnosis is the perception among the doctors as well as the patients that treatment of CPP with long-acting gonadotropin-releasing hormon analogues (GnRHa) promote height of the child. Although, the timing and the tempo of puberty does influence statural growth and achieved adult height, the extent of this effect is variable depending on several factors and is modest in most cases. Studies investigating GnRHa treatment in girls with idiopathic CPP demonstrate that treatment is able to restore adult height compromised by precocious puberty. However, reports on untreated girls with precocious puberty demonstrate that some of these girls achieve their target height without treatment as well, thus, blurring the net effect of GnRHa treatment on height in girls with CPP. Clinical studies on treatment of girls with idiopathic CPP on adult stature suffers from the solid evidence-base due mainly to the lack of well-designed randomized controlled studies and our insufficiencies of predicting adult height of a child with narrow precision. This is particularly true for girls in whom age of pubertal onset is close to physiological age of puberty, which are the majority of cases treated with GnRHa nowadays. Heterogeneous nature of pubertal tempo (progressive vs. nonprogressive) leading to different height outcomes also complicates the interpretation of the results in both treated and untreated cases. This review will attemp to summarize and critically appraise available data in the field.

Tables for predicting adult height from skeletal age: revised for use with the Greulich-Pyle hand standards.

Jean-Claude Carel,  Najiba Lahlou,  Marc Roger … (2015)
Precocious puberty results mostly from the precocious activation of the gonadotropic axis. Although the age limits have recently been discussed, most physicians consider that onset of pubertal development before the age of 8 years in a girl or 9 years in a boy warrants at least a clinical and bone age evaluation by a paediatric endocrinologist. The major concern in precocious puberty is the underlying condition, and central nervous system or gonadal neoplasm have to be formally excluded as a first step in the diagnosis. A secondary concern is height, since precocious puberty leads to accelerated growth, accelerated bone maturation and ultimately reduced stature. Precocious puberty is heterogeneous and strict criteria should be used to define it, both in terms of age and in terms of potential for progression. Depot forms of GnRH agonists are now the standard treatment for progressive central precocious puberty and aim at alleviating the clinical symptoms of early pubertal development, their psychological consequences and the effects on growth. Here, we review the consequences of both central and gonadotropin-independent precocious puberty on adult stature and the information available on outcomes using the therapeutic regimens currently available. In girls with progressive precocious puberty, all published evidence indicates a gain of adult height over height predicted before treatment or over untreated historical controls. However, the apparent height gain (derived from the comparison of predicted and actual heights) is very variable, in large part due to the inaccuracy of height prediction methods. In girls with onset of puberty at the lower half of the normal age (8-10 years) distribution, trials using GnRH agonists have given negative results (no benefit of treatment). In boys, precocious puberty is rare and fewer results are available but point in the same direction. The most appropriate time for interrupting the treatment is still controversial. In conclusion, GnRH agonists restore adult height in children when it is compromised by precocious puberty.

Impact of timing of pubertal maturation on growth in black and white female adolescents: The National Heart, Lung, and Blood Institute Growth and Health Study.

Clive McMahon,  Liam J. Morrison,  Mary Barton … (2001)
To evaluate the impact of early, mid-onset, and late maturation, as assessed by timing of menarche, on height, height velocity, weight, body mass index, and sum of skinfolds in a group of white and black girls. The Growth and Health Study recruited 9- and 10-year-old girls from Richmond, California, Cincinnati, Ohio, and Washington, DC. There were 616 white and 539 black participants recruited at age 9 and 550 white and 674 black participants recruited at age 10. Participants were seen annually for 10 visits. Longitudinal regression models were used to test for differences in each growth measure by timing of menarche across all ages and to determine whether these differences change with age. Mean age at menarche among white participants was 12.7 years, and among black participants, 12.0 years. According to race-specific 20th and 80th percentiles, early maturers were tallest at early ages and shortest after adult stature had been attained. Peak height velocity and post-menarche increment in stature were greatest in early maturers and least in late maturers. Weight was greatest in early and least in late maturers, as was body mass index. Sum of skinfolds was also greatest in early and least in late maturers. There was no impact of timing of maturation on two common measures of regional fat distribution. Girls who matured early were shorter in early adulthood, despite having greater peak height velocity and post-menarchal increment in height. Throughout puberty, early maturers had greater ponderosity and adiposity, although there was no association with regional distribution of fat.