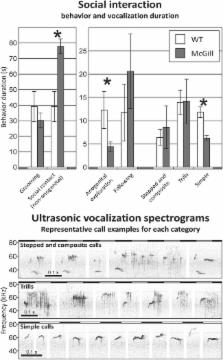 The McGill-R-Thy1-APP transgenic rat is an animal model of the familial form of Alzheimer's disease (AD). This model mirrors several neuropathological hallmarks of the disease, including the accumulation of beta-amyloid and the formation of amyloid plaques (in homozygous animals only), neuroinflammation and the gradual deterioration of cognitive functions even prior to plaque formation, although it lacks the tauopathy observed in human victims of AD. The goal of the present study was a thorough characterization of the homozygous model with emphasis on its face validity in several domains of behavior known to be affected in AD patients, including cognitive functions, motor coordination, emotionality, sociability, and circadian activity patterns. On the behavioral level, we found normal locomotor activity in spontaneous exploration, but problems with balance and gait coordination, increased anxiety and severely impaired spatial cognition in 4–7 month old homozygous animals. The profile of social behavior and ultrasonic communication was altered in the McGill rats, without a general social withdrawal. McGill rats also exhibited changes in circadian profile, with a shorter free-running period and increased total activity during the subjective night, without signs of sleep disturbances during the inactive phase. Expression of circadian clock gene Bmal1 was found to be increased in the parietal cortex and cerebellum, while Nr1d1 expression was not changed. The clock-controlled gene Prok2 expression was found to be elevated in the parietal cortex and hippocampus, which might have contributed to the observed changes in circadian phenotype. We conclude that the phenotype in the McGill rat model is not restricted to the cognitive domain, but also includes gait problems, changes in emotionality, social behavior, and circadian profiles. Our findings show that the model should be useful for the development of new therapeutic approaches targeting not only memory decline but also other symptoms decreasing the quality of life of AD patients.

Tomio Takahashi,  A. E. Böhmer,  S Kay (2009)
The suprachiasmatic nucleus (SCN) is the primary circadian pacemaker in mammals. Individual SCN neurons in dispersed culture can generate independent circadian oscillations of clock gene expression and neuronal firing. However, SCN rhythmicity depends on sufficient membrane depolarization and levels of intracellular calcium and cAMP. In the intact SCN, cellular oscillations are synchronized and reinforced by rhythmic synaptic input from other cells, resulting in a reproducible topographic pattern of distinct phases and amplitudes specified by SCN circuit organization. The SCN network synchronizes its component cellular oscillators, reinforces their oscillations, responds to light input by altering their phase distribution, increases their robustness to genetic perturbations, and enhances their precision. Thus, even though individual SCN neurons can be cell-autonomous circadian oscillators, neuronal network properties are integral to normal function of the SCN.

Spatial localization does not require the presence of local cues

Prokineticin 2 transmits the behavioural circadian rhythm of the suprachiasmatic nucleus.

J Bermak,  Grant Bullock,  James Belluzzi … (2002)
The suprachiasmatic nucleus (SCN) controls the circadian rhythm of physiological and behavioural processes in mammals. Here we show that prokineticin 2 (PK2), a cysteine-rich secreted protein, functions as an output molecule from the SCN circadian clock. PK2 messenger RNA is rhythmically expressed in the SCN, and the phase of PK2 rhythm is responsive to light entrainment. Molecular and genetic studies have revealed that PK2 is a gene that is controlled by a circadian clock (clock-controlled). Receptor for PK2 (PKR2) is abundantly expressed in major target nuclei of the SCN output pathway. Inhibition of nocturnal locomotor activity in rats by intracerebroventricular delivery of recombinant PK2 during subjective night, when the endogenous PK2 mRNA level is low, further supports the hypothesis that PK2 is an output molecule that transmits behavioural circadian rhythm. The high expression of PKR2 mRNA within the SCN and the positive feedback of PK2 on its own transcription through activation of PKR2 suggest that PK2 may also function locally within the SCN to synchronize output.