Optimization and planning of operating theatre activities: an original definition of pathways and process modeling 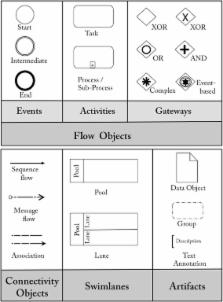 The Operating Room (OR) is a key resource of all major hospitals, but it also accounts for up 40 % of resource costs. Improving cost effectiveness, while maintaining a quality of care, is a universal objective. These goals imply an optimization of planning and a scheduling of the activities involved. This is highly challenging due to the inherent variable and unpredictable nature of surgery.

A Business Process Modeling Notation (BPMN 2.0) was used for the representation of the “OR Process” (being defined as the sequence of all of the elementary steps between “patient ready for surgery” to “patient operated upon”) as a general pathway (“path”). The path was then both further standardized as much as possible and, at the same time, keeping all of the key-elements that would allow one to address or define the other steps of planning, and the inherent and wide variability in terms of patient specificity. The path was used to schedule OR activity, room-by-room, and day-by-day, feeding the process from a “waiting list database” and using a mathematical optimization model with the objective of ending up in an optimized planning.

The OR process was defined with special attention paid to flows, timing and resource involvement. Standardization involved a dynamics operation and defined an expected operating time for each operation. The optimization model has been implemented and tested on real clinical data. The comparison of the results reported with the real data, shows that by using the optimization model, allows for the scheduling of about 30 % more patients than in actual practice, as well as to better exploit the OR efficiency, increasing the average operating room utilization rate up to 20 %.

The optimization of OR activity planning is essential in order to manage the hospital’s waiting list. Optimal planning is facilitated by defining the operation as a standard pathway where all variables are taken into account. By allowing a precise scheduling, it feeds the process of planning and, further up-stream, the management of a waiting list in an interactive and bi-directional dynamic process.

Roberto Valente,  Angela Testi,  Elena Tanfani … (2009)
Background Prioritization of waiting lists for elective surgery represents a major issue in public systems in view of the fact that patients often suffer from consequences of long waiting times. In addition, administrative and standardized data on waiting lists are generally lacking in Italy, where no detailed national reports are available. This is true although since 2002 the National Government has defined implicit Urgency-Related Groups (URGs) associated with Maximum Time Before Treatment (MTBT), similar to the Australian classification. The aim of this paper is to propose a model to manage waiting lists and prioritize admissions to elective surgery. Methods In 2001, the Italian Ministry of Health funded the Surgical Waiting List Info System (SWALIS) project, with the aim of experimenting solutions for managing elective surgery waiting lists. The project was split into two phases. In the first project phase, ten surgical units in the largest hospital of the Liguria Region were involved in the design of a pre-admission process model. The model was embedded in a Web based software, adopting Italian URGs with minor modifications. The SWALIS pre-admission process was based on the following steps: 1) urgency assessment into URGs; 2) correspondent assignment of a pre-set MTBT; 3) real time prioritization of every referral on the list, according to urgency and waiting time. In the second project phase a prospective descriptive study was performed, when a single general surgery unit was selected as the deployment and test bed, managing all registrations from March 2004 to March 2007 (1809 ordinary and 597 day cases). From August 2005, once the SWALIS model had been modified, waiting lists were monitored and analyzed, measuring the impact of the model by a set of performance indexes (average waiting time, length of the waiting list) and Appropriate Performance Index (API). Results The SWALIS pre-admission model was used for all registrations in the test period, fully covering the case mix of the patients referred to surgery. The software produced real time data and advanced parameters, providing patients and users useful tools to manage waiting lists and to schedule hospital admissions with ease and efficiency. The model protected patients from horizontal and vertical inequities, while positive changes in API were observed in the latest period, meaning that more patients were treated within their MTBT. Conclusion The SWALIS model achieves the purpose of providing useful data to monitor waiting lists appropriately. It allows homogeneous and standardized prioritization, enhancing transparency, efficiency and equity. Due to its applicability, it might represent a pragmatic approach towards surgical waiting lists, useful in both clinical practice and strategic resource management.