A heel-strike real-time auditory feedback device to promote motor learning in children who have cerebral palsy: a pilot study to test device accuracy and feasibility to use a music and dance-based learning paradigm 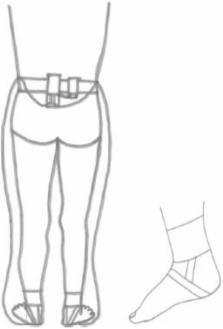 Cerebral palsy (CP) is a developmental disorder of movement and posture that occurs due to damage to the developing nervous system. As part of therapy, wearable sensors that trigger interactive feedback may provide multi-sensory guidance and motivation. A prototype of a heel-strike real-time feedback system has been developed which records the number of heel strikes during gait and indicates successful heel contact through real-time auditory feedback. The first aim of this feasibility study was to test the prototype accuracy.

Since the end user for this device is a child, the device should be esthetically appealing and sufficiently motivating for children to perform repetitive challenging therapeutic movements. The second aim of this study was to collect feedback from the subjects with regard to the device usability and understand if the bell sound used as feedback used was motivating enough for children to continue using the prototype. This would help us in developing the next generation of the device.

The prototype was tested with typically developing children and children who have CP. The accuracy in detecting heel strikes was calculated. As part of the study, the subjects were also asked questions to test the device compliance and acceptability of the musical beats with the pediatric population.

The device accuracy in identifying heel strikes is 97.44% (95% CI 96.31, 98.88%). The subjects did not show any hesitation to put on the device and the sound feedback motivated them to move. Based on this pilot study, a minimum age limit of 5 years is appropriate and the intervention study should be conducted for no more than 30 min per week.

The pilot study showed that a main study can be conducted to test auditory feedback as an intervention to promote motor learning in children who have cerebral palsy. No adverse event or safety issues were reported in the feasibility study.

John Scarborough,  J Paradiso,  S J M Bamberg … (2008)
We describe a wireless wearable system that was developed to provide quantitative gait analysis outside the confines of the traditional motion laboratory. The sensor suite includes three orthogonal accelerometers, three orthogonal gyroscopes, four force sensors, two bidirectional bend sensors, two dynamic pressure sensors, as well as electric field height sensors. The "GaitShoe" was built to be worn in any shoe, without interfering with gait and was designed to collect data unobtrusively, in any environment, and over long periods. The calibrated sensor outputs were analyzed and validated with results obtained simultaneously from the Massachusetts General Hospital, Biomotion Laboratory. The GaitShoe proved highly capable of detecting heel-strike and toe-off, as well as estimating foot orientation and position, inter alia.