Current Status of Taeniasis and Cysticercosis in Vietnam 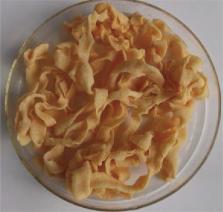 Several reports on taeniasis and cysticercosis in Vietnam show that they are distributed in over 50 of 63 provinces. In some endemic areas, the prevalence of taeniasis was 0.2-12.0% and that of cysticercosis was 1.0-7.2%. The major symptoms of taeniasis included fidgeted anus, proglottids moving out of the anus, and proglottids in the feces. Clinical manifestations of cysticercosis in humans included subcutaneous nodules, epileptic seizures, severe headach, impaired vision, and memory loss. The species identification of Taenia in Vietnam included Taenia asiatica, Taenia saginata, and Taenia solium based on combined morphology and molecular methods. Only T. solium caused cysticercosis in humans. Praziquantel was chosen for treatment of taeniasis and albendazole for treatment of cysticercosis. The infection rate of cysticercus cellulosae in pigs was 0.04% at Hanoi slaughterhouses, 0.03-0.31% at provincial slaughterhouses in the north, and 0.9% in provincial slaughterhouses in the southern region of Vietnam. The infection rate of cysticercus bovis in cattle was 0.03-2.17% at Hanoi slaughterhouses. Risk factors investigated with regard to transmission of Taenia suggested that consumption of raw meat (eating raw meat 4.5-74.3%), inadequate or absent meat inspection and control, poor sanitation in some endemic areas, and use of untreated human waste as a fertilizer for crops may play important roles in Vietnam, although this remains to be validated.

Thanh H Le,  David Blair,  Donald McManus (2002)
Complete or near-complete mitochondrial genomes are now available for 11 species or strains of parasitic flatworms belonging to the Trematoda and the Cestoda. The organization of these genomes is not strikingly different from those of other eumetazoans, although one gene (atp8) commonly found in other phyla is absent from flatworms. The gene order in most flatworms has similarities to those seen in higher protostomes such as annelids. However, the gene order has been drastically altered in Schistosoma mansoni, which obscures this possible relationship. Among the sequenced taxa, base composition varies considerably, creating potential difficulties for phylogeny reconstruction. Long non-coding regions are present in all taxa, but these vary in length from only a few hundred to approximately 10000 nucleotides. Among Schistosoma spp., the long non-coding regions are rich in repeats and length variation among individuals is known. Data from mitochondrial genomes are valuable for studies on species identification, phylogenies and biogeography.

Vedantam Rajshekhar,  Durga Dutt Joshi,  Nguyen Doanh … (2003)
Several reports of patients with cysticercosis from many countries in Asia such as India, China, Indonesia, Thailand, Korea, Taiwan and Nepal are a clear indicator of the wide prevalence of Taenia solium cysticercosis and taeniosis in these and other Asian countries. However, epidemiological data from community based studies are sparse and available only for a few countries in Asia. Cysticercosis is the cause of epilepsy in up to 50% of Indian patients presenting with partial seizures. It is also a major cause of epilepsy in Bali (Indonesia), Vietnam and possibly China and Nepal. Seroprevalence studies indicate high rates of exposure to the parasite in several countries (Vietnam, China, Korea and Bali (Indonesia)) with rates ranging from 0.02 to 12.6%. Rates of taeniosis, as determined by stool examination for ova, have also been reported to range between 0.1 and 6% in the community in India, Vietnam, China, and Bali (Indonesia). An astonishingly high rate of taeniosis of 50% was reported from an area in Nepal populated by pig rearing farmers. In addition to poor sanitation, unhealthy pig rearing practices, low hygienic standards, unusual customs such as consumption of raw pork is an additional factor contributing to the spread of the disease in some communities of Asia. Undoubtedly, cysticercosis is a major public health problem in several Asian countries effecting several million people by not only causing neurological morbidity but also imposing economic hardship on impoverished populations. However, there are wide variations in the prevalence rates in different regions and different socio-economic groups in the same country. It is important to press for the recognition of cysticercosis as one of the major public health problems in Asia that needs to be tackled vigorously by the governments and public health authorities of the region.

A phylogenetic hypothesis for the distribution of two genotypes of the pig tapeworm Taenia solium worldwide.

Akira Ito,  K Nakaya,  Hiroshi Yamasaki … (2002)
Genetic polymorphism was determined among 13 isolates of Taenia solium from various regions using PCR-amplified sequences of 2 mitochondrial genes: cytochrome c oxidase subunit 1 and cytochrome b. The 2 phylogenies obtained were similar to each other regardless of the genes examined. The isolates from Asia (China, Thailand, Irian Jaya and India) formed a single cluster, whereas the isolates from Latin America (Mexico, Peru, Ecuador, Bolivia and Brazil) combined with those from Africa (Tanzania, Mozambique and Cameroon) to form an additional cluster. These results and historical data of swine domestication, distribution of pigs and colonization suggest that T. solium was introduced recently into Latin America and Africa from different regions of Europe during the colonial age, which started 500 years ago, and that the tapeworm of another origin independently spread in Asian countries.